WilHelm Reich: A Harbinger of Ecosocialism? 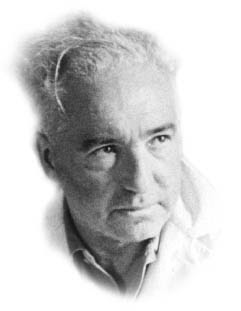 Wilhelm Reich (1897-1957) is chiefly remembered, first, as the Marxist psychoanalyst with the unique distinction of having been drummed out of both the Communist Party and the International Psychoanalytic Association; and, second, as the infamous originator of a modality of therapy and bio-physical research based upon a kind of vital energy he claimed to discover, and which he called the “Orgone.” All of this got Reich into a lot of trouble with the United States government and led to his imprisonment and early death.

But Reich was not simply a curiosity of the twentieth century. His life and work are full of lessons for the present, and cast light upon its prime challenge: the building of ecosocialism in response to the ecological crisis and the collapse of existing capitalism.

Needless to say, Reich was no conscious ecosocialist: the word did not exist in his day, nor for that matter, did a notion of ecological crisis as such. But no other major thinker of the twentieth century looked as deeply into the estrangement from nature which forms the root of capitalism, and none were more aware of the need to reconstruct society along the lines of a humanly worthwhile relationship to nature. This placed him far, far ahead of his times. Indeed, the extremity of Reich’s views and the profound isolation that became his lot led Reich to wander, err, and eventually stray into madness.

We need accordingly to assume a twofold attitude toward Reich—as a genius, but also a fallen genius. He was, one might say, a kind of magus, a latter day Paracelsus who can be seen both as a practitioner of dark magic and the prophet who discerned the profound illness of our civilization as an estrangement from nature and journeyed through the world to give people the gift of his knowledge and the hope for a cure.