On the environment Canada is a rogue state 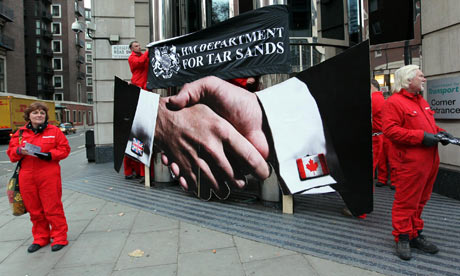 There are so many areas of conventional democratic governance being challenged or eliminated by the Harper wrecking crew it is hard to keep up. In a search for a line in the sand that even this government won’t cross we still haven’t found it. So far, it seems, there is nothing in the broad field of democratic governance (save the military and prisons) that is sacrosanct.

Minimally, all governments take seriously the protection of their citizens; otherwise there is scarcely any point in having one. Yet recent reports reveal that that the Harper government has virtually eliminated monitoring of the ozone layer over Canada. The government has shut down four of five very sophisticated monitoring stations leaving only a single station – at UBC in Vancouver – still gathering information about this critical aspect of our environment.

In doing so, Canada is once again demonstrating that it is becoming a rogue state. The monitoring of the ozone layer – which protects the earth from harmful radiation – is an international task requiring the co-operation of many countries. Canada, because of it enormous territory and its large share of the Arctic where the ozone layer is most threatened – is absolutely key to global monitoring. Last week, according to CBC TV’s Environmental Unit, “…five scientists from high-profile U.S. universities and NASA released a scathing critique of Canada’s cuts to its ozone monitoring, saying it is jeopardizing the world’s ability to watch for holes in the ozone layer and pollutants high in the atmosphere.”

But beyond the contempt shown for the international community, the deliberate sabotage of ozone monitoring again demonstrates two of the most prominent features of the Harper government: its disdain and even hostility towards science (and it own scientists) and its determination to promote the oil industry and protect it from any possible criticism.

It is not just ozone monitoring that has been gutted. In a response to the revelation Environment Canada acknowledged that other pollutants-monitoring was also being downgraded: “The number of staff in measurement activities for the monitoring of ozone, tropospheric pollution and atmospheric transport of toxic chemicals has remained constant but their work now includes other departmental priorities.”

Tropospheric pollution is essentially pollution particles caused by combustion – industrial, automobile, forest fires, etc. – the kind of pollution that is the most dangerous to human health.

The same day that the revelations about the Conseravtives’ cuts to pollution monitoring were published, an article in the New York Times reported on several new studies that revealed living in polluted air is even more hazardous to your health than previously thought. One study found that air breathed by most Americans (it’s hardly any different in Canadian cities) “…greatly accelerates declines in measures of memory and attention span.” A study in Boston concluded that the odds of having a stroke increased by 30% even on days when pollution was classified as moderate – a category that is supposed to suggest minimal danger to health. It went up to 60% for bad pollution days and the effects were almost immediate – within 12-14 hours.

Why would any government deliberately take steps that they know will make it more difficult to protect the health of its citizens? A health Canada report published in 2005 concluded that 6,000 people a year in Canada died as a direct result of air pollution and that the health costs of that pollution were a billion dollars a year. So clearly the Harper government isn’t concerned about Canadians dying or the strain on the Medicare budget.

The Harper government’s priority is not the health of Canadians or the quality of the air we breathe and the water we drink. Its single-minded purpose seems to be to promote the oil industry and protect it from any criticism. Demonizing critics of the tar sands as enemies of the country is just one small part of that goal. Eliminating scientific data that could link the oil industry to negative health effects is another. Why else would the government stop monitoring for pollution?

If the message is giving you trouble, shoot the messengers. That’s exactly what Harper has done and will continue to do in his March budget. Last fall Environment Canada announced that some 700 scientists and researchers would be losing their jobs. Sixty were fired in January.
Posted by Next Year Country