Ecological Imperialism: The curse of capitalism 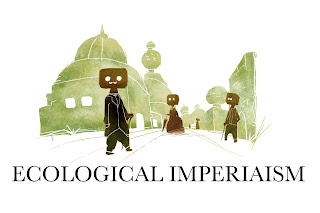 In the spring of 2003 the United States, backed by Britain, invaded Iraq, a country with the second largest oil reserves in the world. The United States is now working to expand Iraqi oil production, while securing for itself an increasingly dominant position in the control of this crucial resource as part of its larger economic and geopolitical strategy.

Earlier, the same US administration that invaded Iraq had pulled out of the Kyoto Protocol, designed to limit the growth in the emissions of carbon dioxide and other greenhouse gases responsible for global warming – a phenomenon threatening all life as we know it.

It is no wonder, then, that the last few years have seen a growth of concern about ecological imperialism, which in many eyes has become as significant as the more familiar political, economic and cultural forms of imperialism to which it is related.