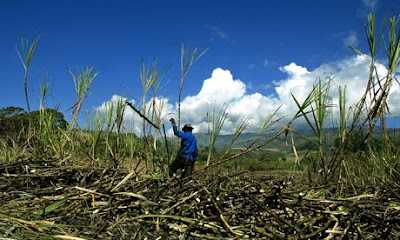 The amount of land being taken in Africa to meet Northern countries’ increasing demand for biofuels is underestimated and out of control, new investigations by Friends of the Earth reveal today. The research, which looked at 11 African countries, found at least five million hectares of land – an area the size of Denmark – is being acquired by foreign companies to produce biofuels mainly for Northern markets.

The practice – known as land grabbing – is increasing and is dominated by European and Chinese companies. However with official public information largely absent, current figures are likely to be only a snapshot and gross underestimates. The report, ‘Africa: Up For Grabs’ reveals how local communities are having their land taken and there are few safeguards for local community land rights. Forests and natural vegetation are being cleared, and biofuels are competing with food crops for farmland.

Read the report here: http://www.foei.org/en/resources/publications/pdfs/2010/africa-up-for-grabs
Posted by Next Year Country