The powerful coalition that wants to engineer the world's climate 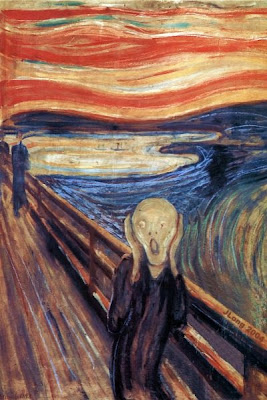 Some people geo-engineering techniques, such as filling the sky with shiny dust to reflect sunlight, could curb such temperature rises without the need to restrict greenhouse gas emissions
In August 1883 the painter Edvard Munch witnessed an unusual blood-red sunset over Oslo. Shaken up by it, he wrote in his diary that he "felt a great, unending scream piercing through nature". The incident inspired him to create his most famous work, The Scream.

The sunset he saw that evening followed the eruption of Krakatoa off the coast of Java. The explosion, one of the most violent in recorded history, sent a massive plume of ash into the stratosphere, turning sunsets red around the globe. The gases emitted also caused the Earth to cool by more than one degree and disrupted weather patterns for several years.
Read more HERE.
Posted by Next Year Country