Ecosocialist Book: Woman on the Edge of Time

Woman on the Edge of Time by Marge Piercy 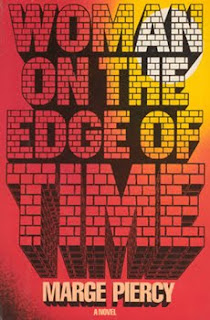 Woman on the Edge of Time (New York: Alfred A. Knopf, 1976) is a novel by Marge Piercy. It is considered a classic of utopian "speculative" science fiction as well as a feminist classic.

Plot summary
Thirty-seven-year-old Hispanic woman Consuelo (Connie) Ramos, recently released from forced detention in a mental institution, begins to communicate with a figure that may or may not be her imagination—it is a woman named Luciente. She begins to realize that Luciente is from the future, which is a utopian world in which a number of goals of the political and social agenda of the late sixties and early seventies radical movements have been fulfilled. Environmental pollution, homophobia, racism, phallogocentrism, class-subordination, consumerism, imperialism, and totalitarianism no longer exist in the agrarian, communal community of Mattapoisett.

The death penalty, however, continues to exist ("We don't think it's right to kill (...). Only convenient."), as does war. Connie learns that she is living at an important time in history, and she herself is in a pivotal position; her actions and decisions will determine the course of history. Luciente's utopia is only one possible future; a dystopian alternate future is a possibility— one in which a wealthy elite live on space platforms and subdue the majority of the population with psychotropic drugs and surgical control of moods, also harvesting these earth-bound humans' organs.

Women are valued solely for their appearance and sexuality, and plastic surgery that gives women grotesquely exaggerated sexual features is commonplace. The technocrats controlling this horrific future attempt to influence the past—Connie's present—to ensure the existence of their future. Connie realizes the importance of her position, but is torn, because helping Luciente means abandoning her hopes of regaining custody of her young daughter. 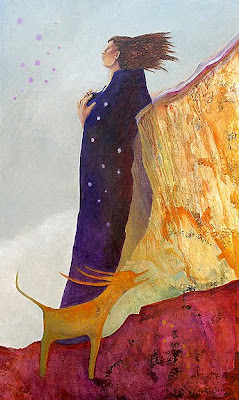 The novel gives little indication as to whether or not Connie's visions are by-products of a mental disease or are meant to be taken literally, but ultimately, Connie's confrontation with the future inspires her to a violent action that will prevent the dissemination of the mind-control technology that makes the future dystopia possible, but that also ensures her indefinite detention at the Rockover Psychiatric Institution and the permanent loss of custody of her daughter.

She will undoubtedly be treated with electroconvulsive therapy and be "filed away among the living cancers of the chronic wards." Though her actions do not ensure the existence of the Mattapoisett future, Connie nevertheless sees her act as a victory: "I'm a dead woman now too. (...) But I did fight them. (...) I tried."
Posted by Next Year Country