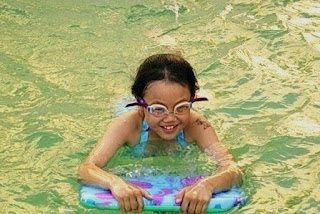 One of the inexplicable stories (or non-stories) of the summer is the disappearance of climate change from the political agenda. While many Canadians were sweltering, swatting super-sized mosquitoes, fighting fires, or up to their axles in floodwater, there was nothing but radio silence on the nation's political channel.

Instead of green action, we got static over the census, the gun registry, the prime minister's imperial ways, the imaginary opposition "coalition" and the latest deadlocked polls which look a lot like the previous deadlocked polls. This is busy work, not the serious business of salvaging a warming planet.

On the other hand, politicians are keenly attuned to public concern. Maybe their complacency reflects ours. Maybe we secretly like global warming. It has been a splendid summer for those lucky enough to live near a cool, relatively clean body of water. One Toronto tabloid heralded our "weird, wacky but wonderful" summer, and, politics aside, it has been a relief after the cooler summers of recent years.

And, despite the sultry temperatures -- we are headed for another global record -- there have been fewer smog alerts, which tend to spoil the fun, than in previous years.

There are various explanations for the cleaner air in central Canadian cities, but most point to depressed economic activity in the United States, which is lowering wind-borne emissions across the continent.

To this good news, add lower electricity bills in some parts of the country. Some Quebec Hydro customers recently received rebates after a milder-than-usual winter (although this could be soon offset by higher-than-usual bills for air conditioning.) And, in British Columbia, the Fraser River is suddenly teeming with salmon, after the species was put on death watch due, scientists speculated, to warming ocean waters. 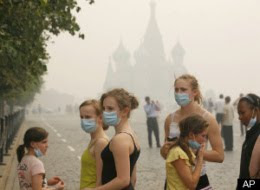 These, and other curiosities, will be eagerly seized upon by climate-change deniers, as were overblown charges of manipulation against UN climate scientists. But they don't change the scientific consensus that climate change is continuing apace with potentially catastrophic consequences.

Even Russia, which, like Canada, has been considered a potential winner in a warming world because of the promise of a longer growing season, has been suffering. Extreme hot weather has been blamed for doubling death rates in Moscow and destroying one-quarter of the country's grain crop. This inflicts a $15-billion blow to the economy by some accounts, a combination of lost agriculture output and reduced commerce as shoppers shun smog-choked cities, and overheated factories close early.

Across the world, so-called extreme weather events proliferate, from floods in Pakistan covering an area the size of England, to forest fires in Portugal, to unusually heavy rainfalls in China. In Canada, too, forest fires have become more common and destructive in recent years, and Prairie farmers were inundated with unprecedented rainfalls in June that drove some from their homes and left fields sodden.

While scientists traditionally agree that individual weather events cannot be blamed on climate change alone, "nowadays there is an element of both (climate change and weather) at play," Dr. Kevin Trenberth, of the U.S. National Center for Atmospheric Research, recently concluded.

In fact, the impact of climate change is most vivid and dramatic in Canada's North. Yet Prime Minister Stephen Harper barely mentioned climate on his recent northern tour (during which a chunk of ice the size of Bermuda broke from an ice shelf on Ellesmere Island).

His interest in the North seems primarily driven by the oil, gas and other mineral wealth that lies under the surface -- in insuring that Canada claims, and benefits, from these potential riches. It is a policy that accepts that oil will be a desirable commodity for generations to come. 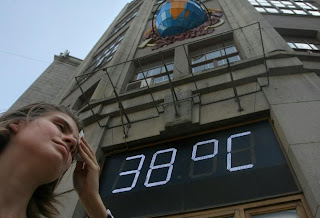 And while lip service is grudgingly paid to environmental concerns (and new parks are created), the government continues to fail to meet its solemn emissions reduction targets, only to weaken those targets and fail again.

Climate change campaigner Matthew Bramley, of the Pembina Institute, argues that the "performance of the Harper government is so awful" on climate change, that "its not news anymore." Journalists have stopped writing about it and "people have become desensitized."

At the same time, he says, many opposition politicians lack the courage to press the issue, because any serious attempt to reduce greenhouse gas emissions will require sacrifice and change. As a result, there are no consequences for the Conservative government's continued delinquency.

The danger, says Bramley, is if people "give up on government. Because government can fix climate change. The solutions are there; they're just not being implemented."

The economic clout of the oil industry and the Alberta tarsands is part of the explanation. The other is staring back at us in the mirror.
Posted by Next Year Country