The No-Nonsense Guide to Green Politics 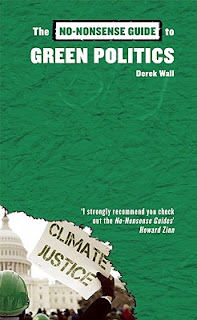 The No-Nonsense Guide to Green Politics measures the rising tide of eco-activism and awareness and explains why it heralds a new political era worldwide.
Climate chaos and pollution, deforestation and consumerism: the crisis facing human civilization is clear enough. But the response of politicians to it has been cowardly and inadequate, while environmental activists have tended to favour single-issue campaigns rather than electoral politics.

About the Author: Derek Wall is a former Principal Speaker of the British Green Party and was a founder of the Ecosocialist International and Green Left. He is the author of numerous books, including Getting There: Steps Towards a Green Society, 1990; Green History: A Reader in Environmental Literature, Philosophy, and Politics, 1994; and Babylon and Beyond: The Economics of Anti-Capitalist, Anti-Globalist and Radical Green Movements, 2005.