The GMO Catastrophe in the USA. A Lesson for the World 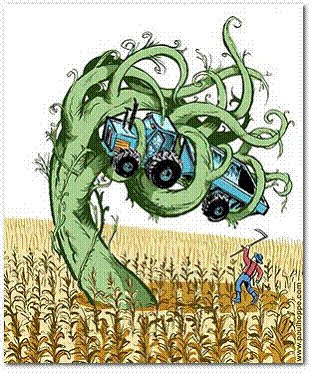 Recently the unelected potentates of the EU Commission in Brussels have sought to override what has repeatedly been shown to be the overwhelming opposition of the European Union population to the spread of Genetically Modified Organisms (GMO) in EU agriculture. EU Commission President now has a Maltese accountant as health and enviromnent Commissioner to rubber stamp the adoption of GMO.

The former EU Environment Commissioner from Greece was a ferocious GMO opponent. As well, the Chinese government has indicated it may approve a variety of GMO rice. Before things get too far along, they would do well to take a closer look at the world GMO test lab, the USA. There GMO crops are anything but beneficial. Just the opposite.