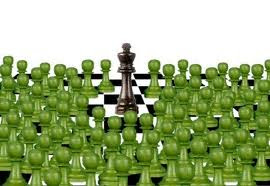 Needless to say, the ‘green’ ideas spewing forth from the world’s leading capitalists are unlikely to bring about any sort of meaningful resolution to the environmental destruction wrought by capitalism. This has not, however, stopped representatives of the world’s most toxic corporations from using their wealth to create well-endowed grantmaking bodies to manage their environmental opposition; a manipulative process that was successfully institutionalized by America’s leading robber barons in the early 20th century through the creation of not-for-profit corporations, otherwise known as philanthropic foundations.
Read more here.
Posted by Next Year Country