A victory for the whalers, a defeat for humanity

The IWC's decision to retain its ban on whaling does not mean that the killings will stop. Quite the reverse 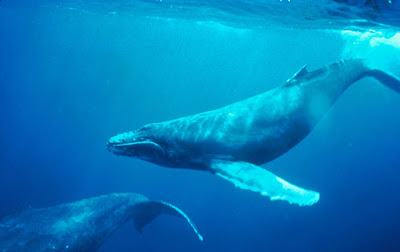 My generation has witnessed a vast change in the way we see whales. When I was born, in 1958, Britain was still a whaling nation. Ships would arrive in my hometown of Southampton laden with processed whale oil and meat, destined for margarine, plant fertiliser and pet food.

As I grew up, in the 1960s, attitudes changed. Our eyes were opened to the slaughter of cetaceans in the Southern Ocean and elsewhere. At its peak, this cull far surpassed that of the 19th-century industry commemorated by Herman Melville in Moby Dick. In one season alone, 1960-61, more whales died than in 150 years of Yankee whaling: 74,365 animals, one tenth of the total death toll for the 20th century. The blue whale, the fin whale, the grey whale, the right whale and the humpback – the largest creatures that have ever lived on our planet – all came to within a hair's breadth of extinction.
Read more here.
Posted by Next Year Country