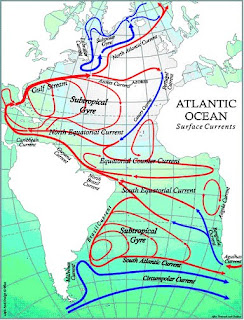 What are the consequences of the spill for Canada’s east coast?
"Our oceans are connected and various species found in marine ecosystems off Canada’s coasts also call the Gulf of Mexico home for certain parts of the year. Once toxins enter the marine environment, they circulate throughout the ocean by currents that act as highways connecting different parts of our vast marine landscapes. At any point, these toxins will begin to move up the food chain. Ultimately, species migrating north from the Gulf will carry with them the toxic burden from the spill."

What policy recommendations would you make to mitigate those consequences?

"The sad reality with these types of spills is that once they happen, the damage is already done. Clean up efforts are complicated and all that crews can do is try to lessen the impact on coastal ecosystems and species. No 'clean-up' method even comes close to a silver bullet and some, such as dispersants, have their own consequences. The only real solution is to prevent these spills in the first place by placing a permanent moratorium on offshore drilling, and not allowing projects, such as the proposed twin Enbridge pipeline in B.C.’s sensitive Great Bear Rainforest, that allow fuel-laden supertankers to threaten our coasts. We must cut our addiction to oil and other dirty fuels and make a quick transition to clean and green energy."

Quick Facts
Read more at Gulf Oil Spill: Nine Consequences: The Mark's contributors sound off on how this environmental disaster will impact everyone from coastal fishermen to Sarah Palin.
Posted by Next Year Country