Modern anthropological research can provide useful and important perspectives on climate change as a cultural crisis in the contemporary world, and contribute to a cultural theory of action and activism.
I have been working for over seven years with other members of a social research team on studies of coal communities and climate change in the Hunter Valley, an intensely carbonised region with high climate change vulnerability. My work has focused on close-up "listening" (to what people say), "conversing" (in a variety of ways), "watching" (what is done and said, with whom), and "doing and sharing" (in many contexts of daily life) - a constellation of research activities that anthropologists usually sum up as "participant observation."

These approaches provide unique insights into the lived experience and cultural significance of climate change - an aspect ignored in much of the technical, economic and political talk of policies and solutions.

Climate change thinking and action in the previous four years is framed by two powerful discourses. One is the rise of scepticism and denial, and the other is the strongly growing body of scientific evidence for global warming. While scientific understanding of climate change has been around for a century or more, a particular constellation of events occurred in 2006 to bring this specialised body of knowledge to wider public attention. There was the much heralded 4th draft report of the IPCC, the well-publicised Al Gore film, An Inconvenient Truth, the UK government-sponsored Stern report on the economic effects of climate change, and most importantly, in Australia and particularly NSW, an enduring and serious drought. 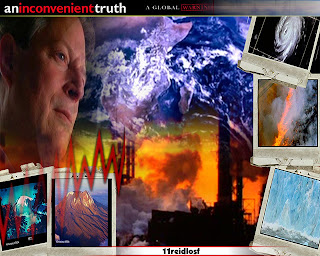 Attitudinal surveys of 2006 - 2007 show a peak of climate change concern amongst broadly based population samples in Australia. Climate change concern declined after this, as shown in 2008 - 2009 iterations of surveys. At the same time, climate change sciences have accumulated a diverse and compelling evidence base for assertions of global warming, with increasing government funding support.

While these two trends seem contradictory, they are interdependent. Drawing on depth psychology and cultural theory, it can be argued that it is not just the power of the carbon lobby and other vested interests, nor the temporary recessions of the drought, that have fortified scepticism and denial. As Ernest Becker argued over 30 years ago, the denial of death and the perpetuation of self and social group is the defining element of cultural world views, in religious or secular forms, including the powerful meaning system provided by consumer capitalism in contemporary society.

Negative messages about the future, such as those expressed in discourses of climate crisis, are a challenge to our cultural projects of immortality. These negative messages, connected with death and decline, engender conscious and unconscious defence mechanisms that send us back to the life-affirming messages of consumer capitalism, so well articulated recently in Australia by the new Federal opposition leader, Tony Abbot - like many leaders, a powerful transference object for those who are afraid or disempowered by the prospect of global warming. Consumer capitalism is not just an economic system but also a powerful cultural system that sustains the illusion of happiness and immortality through its values and practices.

Which leaders have the cultural credibility to forge a new system of meaning that can replace the old religious systems and the new ethos of consumerism? Scientists do not have the cultural power to effect such transformations. Most political leaders have failed at this task, being themselves hostage to the vested interests of market fundamentalism and high-carbon economies. The religious leaders that held sway in previous eras no longer speak to large groups of believers. Nor do the young people who organise many of the climate networks and environmentalist organisations have the required societal power. 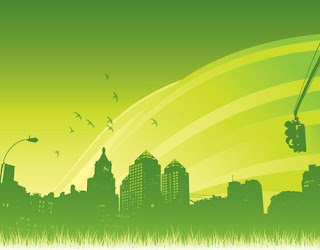 Ethnographic research in the Hunter Valley suggests that society can contribute to climate change solutions. Scientists and environmentalists can provide knowledge frameworks and political strategies that can become a resource for community groups. The real potential of climate change action lies not only in environmental politics and political campaigns. In surveys, while very few Hunter Valley respondents report that they are prepared to engage in any form of environmental protest of 'Greenie' political activism, they are prepared to campaign for increased local representation and for sustainable environmental practices in their own backyards.

Many Australian citizens share this reluctance to identify themselves as 'Green'. There are a variety of reasons for this. Climate change is an issue that is almost designed to create apathy (not readily perceptible, long time frame of occurrence, distant effects etc). However, we have observed that even if people reject political radicalism, they will mobilise around specific issues of concern. In the Hunter Valley, these most notably are threats to land, property values and livelihood and health (especially the health and welfare of children).

One notable example in the Hunter Valley was the voting out of a state Labor member in the Lower Hunter who was perceived as insufficiently supportive of residents fighting a coal mine development on health grounds. Another was Peter Gray's successful challenge in the NSW Land and Environment Court of Centennial Coal's Anvil Hill coal mine environmental assessment which did not measure "indirect emissions". Other community action has included increasing environmentally aware local government representation; drought-resistant farming practices and sustainable lifestyle initiatives such as Transition Towns. 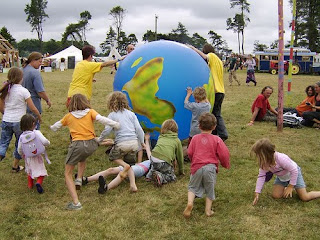 Many of these changes are not overtly political, nor are they intended to be. They lie on the margins of environmentalist organisations, and most participants would recoil from being identified as an environmentalist or greenie. But the net effect is a sustained shift in civil society, with a growing consciousness of the need to address negative environmental change as it is experienced. Shifts in political processes will inevitably come from this, and several unlikely but productive alliances - like farmers and ferals - have already been formed. Locals are also starting to talk about land, nature, water and "the environment" in new ways, even though "climate change" is an alien word to them.

Supporting this diversity of action is an important task that requires a theory of cultural change as well as a politics and science of climate change.

Linda Connor is a Professor in the Department of Anthropology, School of Social and Political Sciences at the University of Sydney.
Posted by Next Year Country