Is Marxism relevant to environmentalism? 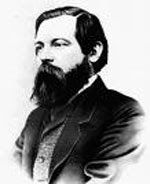 Marx and Engels certainly did not have the benefit of the scientific knowledge that we enjoy today, nor were there such imminent threats as climate warming or loss of biodiversity. For example, the study of ecology - the interdependence of the various components of nature - really only emerged as a widely accepted science in the 1960s.

Engels studied the historical processes of the material world, the constant changes taking place and the impact of each change on other aspects of that world. In the Transition from Ape to Man, he says:

"Animals ... change external nature by their activities just as man does, if not to the same extent, and these changes made by them in their environment ... in turn react upon and change their originators. For in nature nothing takes place in isolation. Everything affects every other thing and vice versa, and it is usually because this many-sided motion and interaction is forgotten that our natural scientists are prevented from clearly seeing the simplest things."


"The animal destroys the vegetation of a locality without realising what it is doing. Man destroys it in order to sow field crops on the soil thus released, or to plant trees or vines which he knows will yield many times the amount sown. He transfers useful plants and domestic animals from one country to another and thus changes the flora and fauna of whole continents. 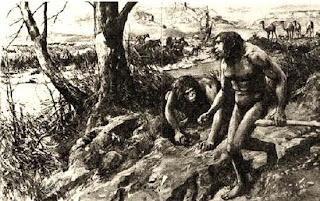 "More than this. Under artificial cultivation, both plants and animals are so changed by the hand of man that they become unrecognisable. The wild plants from which our grain varieties originated are still being sought in vain. The question of the wild animal from which our dogs are descended, the dogs themselves being so different from one another, or our equally numerous breeds of horse, is still under dispute....
"But all the planned action of all animals has never resulted in impressing the stamp of their will upon nature. For that, man was required.

"In short, the animal merely uses external nature, and brings about changes in it simply by his presence; man by his changes makes it serve his ends, masters it...

"Let us not, however, flatter ourselves overmuch on account of our human conquest over nature. For each such conquest takes its revenge on us. Each of them, it is true, has in the first place the consequences on which we counted, but in the second and third places it has quite different, unforeseen effects which only too often cancel out the first."

How true! Humans had no idea that the extensive use of fossil fuels and other producers greenhouse gas emissions would burn holes in the ozone layer, induce global warming and bring the human race to the brink of extinction. This is the same process that Engels is describing. Of course Engels had no means to foresee the extent of revenge that nature would take on humanity.

Engels continues in the same prophetic vein: "The people who, in Mesopotamia, Greece, Asia Minor, and elsewhere destroyed the forests to obtain cultivable land, never dreamed that they were laying the basis for the present devastated condition of these countries, by removing along with the forests the collecting centres and reservoirs of moisture. 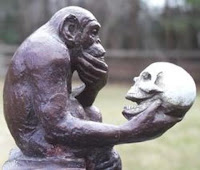 "When, on the southern slopes of the mountains, the Italians of the Alps used up the pine forests so carefully cherished on the northern slopes, they had no inkling that by doing so they were cutting at the roots of the dairy industry in their region; they had still less inkling that they were thereby depriving their mountain springs of water for the greater part of the year, with the effect that these would be able to pour still more furious flood torrents on the plains during the rainy seasons..."

This analysis stands the test of time.

"Thus at every step we are reminded that we by no means rule over nature like a conqueror over a foreign people, like someone standing outside nature - but that we, with flesh, blood, and brains, belong to nature, and exist in its midst, and that all our mastery of it consists in the fact that we have the advantage over all other beings of being able to know and correctly apply its laws."

Engels looked not just at the impact on nature but on the social consequences of human actions. He looked at the impact of primitive communal ownership of land and the barest means of subsistence and compared this with higher forms of production and the eventual division of the population into different classes - the capitalist mode of production.

"The individual capitalists, who dominate production and exchange, are able to concern themselves only with the most immediate useful effect of their actions. Indeed, even this useful effect - as much as it is a question of the usefulness of the commodity that is produced or exchanged - retreats right into the background, and the sole incentive becomes the profit to be gained on selling."

The manufacturer Engels says, is "not concerned as to what becomes of the commodity afterwards or who are its purchasers".

Engels asks: "What did the Spanish planters in Cuba, who burned down forests on the slopes of the mountains and obtained from the ashes sufficient fertiliser for one generation of very highly profitable coffee trees, care that the tropical rainfall afterwards washed away the now unprotected upper stratum of the soil, leaving behind only bare rock? 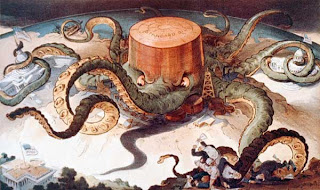 "In relation to nature, as to society, the present mode of production is predominantly concerned only about the first, tangible success; and then surprise is expressed that the more remote effects of actions directed to this end turn out to be of quite different, mainly even of quite an opposite, character."

That narrow focus on immediate outcomes, on profits, is what drives capitalism. The process described by Engels was accelerated by colonialism and continues unabated today.

The result is desertification, salination, river-beds drying up, extreme weather conditions and the many other forms of environmental crisis that people around the globe have experienced.

The result is global warming, irretrievable loss of biodiversity, millions of people facing starvation and many plant and animal species, including human beings, facing the threat of extinction.

Marx also recognised the relationship between humans and nature: "man himself is a product of Nature which has been developed in and along with its environment". (A criticism of the Hegelian Philosophy of Law). If only the full implications of their writings had been further studied.

Marxist theory is a living tool, a scientific approach to interpreting and understanding the universe. Marxism is the application of scientific method to social, economic and environmental issues. Scientific method is not static but continually undergoes change reflecting our knowledge of the material world around us.

Communists bring something to the environmental struggle that many other groups do not; that is their class analysis of the causes of the crisis - capitalism. Based on that analysis they also identify the only basis of a lasting solution - socialism. They have an important role to play in tackling the pressing questions of climate change, biodiversity and sustainable development. Marxism serves all environmentalists, including communists, well.

(The preceding article is from the May 16-31, 2010 issue of People's Voice, Canada's leading communist newspaper. Articles can be reprinted free if the source is credited. Subscription rates in Canada: $30/year, or $15 low income rate; for U.S. readers - $45 US per year; other overseas readers - $45 US or $50 CDN per year. Send to: People's Voice, c/o PV Business Manager, 706 Clark Drive, Vancouver, BC, V5L 3J1.)
Posted by Next Year Country