Is a Bigger Population Better? 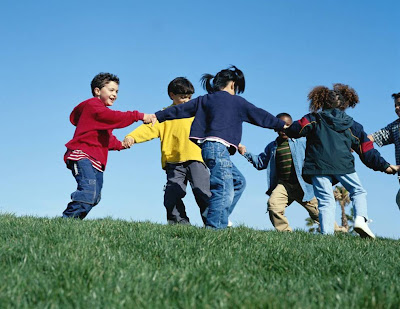 The Saskatchewan government celebrated when our population got over 1 million people, as though it is self-evident that more is better. But is it? As you read this there are 6.8 billion (i.e. 6,800,000,000) persons trying to eke out a decent life with meaning and happiness on this planet. When this 21st century started, only a decade ago, there were 900,000,000 fewer of us. That’s 900 “Saskatchewans” in ten years, which is astounding. By the middle of this century there will be over 9,000,000,000 of us.

Let’s put this growth of humans into perspective. At the beginning of the 19th century, just two centuries ago, there were less than one billion humans on the planet. That’s the number that went to bed hungry on last year’s World Food Day. And, unless we move towards more sustainable societies, there will be many more desperate people on our shrinking planet.

It‘s naïve to believe that increased economic growth will meet increasing human needs in perpetuity. Economies that continually double production and societies that double population are simply not viable. We are not only running out of non-renewable resources but out of space, and we need to start scaling ourselves down. Our present system of economic growth enlarges a global underclass, mostly from people driven from land that is exploited and degraded to bring consumer goods to richer regions like Canada. And this inequality, especially for women, perpetuates population growth. So we are now confronting, in a big way, the ecological limits to both economic and population growth.

Part of the solution lies in suspending our stereotypes so we can better understand why population grows or declines. We have lots to learn from demographers who study fertility rates, or how many children women have over their lifespan. It may surprise you that since the 1970s the world’s fertility rate has begun to fall and is now 2.5 children per woman. Over 70 countries, many in Europe, have even dropped below the replacement level of 2.1 children. Even in the poorer, developing countries fertility rates have dropped from 6 to 3 children since the 1950’s. India is now at 2.7, down from 3.5 at the turn of the century. China has made the most startling drop, from 5 to 1.5 children since the 1970s. At this rate China’s total population will start to drop within 15 years. Twenty-one countries are already dropping.

Unfortunately, demographers aren’t having much effect on public opinion. Reproduction and fertility raise all sorts of religious and political flags; a hornet’s nest of moral controversies is sparked by any talk of controlling human population. This is not only about abortion but about contraception, human dignity, women’s rights and ecological carrying capacity. And there’s lots of confusion and contradiction in all this. The preference for boy children and the coercive methods used in China shows we haven’t yet reconciled population reduction with human rights.

One way to approach these contentious issues is to ask “what if?” What if there hadn’t been an expansion of family planning since the 1970s. What would we be facing today? Demographers say without such successes we’d be looking at 16, not 9, billion humans on the planet by mid-century. That’s a massive difference, affecting the size and ecological impacts of economies, human demands on water and the numbers of humans facing impoverishment. From this stance we may have already turned a big corner towards a more sustainable population.

There are many dimensions to this. Fertility rates remain high in sub-Sahara and Western Africa and places like Bangladesh and Afghanistan, and in all these cases patriarchy, poverty and population are tightly interwoven. It’s somewhat ironic that the country in Western Europe with the lowest fertility rate (1.3) is the largely Catholic country of Italy. It is possible to control pregnancy and space out children by following the reproductive cycle (the rhythm method), which has the advantage of avoiding many serious risks to women’s health from contraceptives. But it’s likely that other factors are more vital, including the integration of women into mainstream Italian social and economic life. Japan’s low fertility rate of 1.2 children is not only influenced by the changing status of women, but by a higher rate of celibacy. Cultural taboos which label children from out of wedlock as “illegitimate”, which remain strong in South Korea, but exist here, too, are known to increase both adoption and abortion. Also, we know that population decline can be seen as a threat to cultural survival, and we need to separate theocratic and chauvinist motives from legitimate concerns about the survival of land-based indigenous peoples. Reducing population also reduces a country’s ecological footprint, though this shouldn’t blind us to huge global inequities in producing greenhouse gases – e.g. per capita GHGs in Saskatchewan are 18 times higher than for every person in China. Nevertheless, were there 400 million more Chinese, which is what would have happened without family planning, China’s GHG emissions and ecological degradation would be greater.

We must stress human dignity and the advancement of human rights as we move towards a sustainable population. And the evidence from the demographers is that the pursuit of equality and social justice, not population control per se, is the most effective path to take.

Past columns and other non-nuclear resources available at http://jimharding.brinkster.net
Originally publised in RTown News, March 5 2010.
Posted by Next Year Country