By Tristan Pearce and James D. Ford
The Record 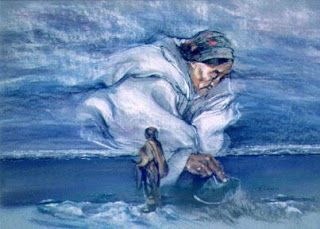 In the politically charged atmosphere that is climate change, new data — information that Arctic sea ice cover is nearly back to average after years of dramatic declines — has been paraded by climate skeptics as yet more evidence that climate change is a hoax.
While this would appear a happy story, it is just that: a story.
The National Snow and Ice Data Center in Boulder, Col., posted a monthly sea-ice update on its website March 31. The new graph showed that the extent of ice-covered Arctic Ocean had returned to the 1979-2000 average.
But before jumping to conclusions, when one reads the new data it becomes apparent that the graph reports on “sea-ice cover,” not thickness or quality of ice, just the area of Arctic Ocean that has a layer of ice covering it. The cause of this sudden increase in sea-ice cover was an unusual cold pattern in the Bering Sea, between Alaska and Russia, which spurred some ice growth. This is weather, not climate, and data from elsewhere in the Arctic reveals a much warmer story, a story that has been unfolding over the past decade. 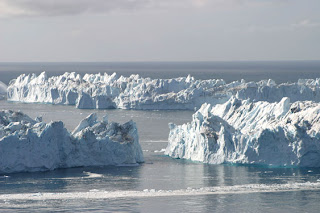 Inuit in Ulukhaktomiut, in the Northwest Territories, a community of about 400 on the coast of Victoria Island in the Western Canadian Arctic, continue to experience dramatic changes in the Arctic Sea ice. For Ulukhaktomiut, and for other Inuit, the Arctic sea is a platform for hunting and travelling. In the past two decades, however, the Arctic Ocean is freezing over later and breaking-up earlier, the ice is thinner, and there is less of it. In recent years, including this winter, there has been ice-free open water and very thin, unstable, temporary ice cover that is vulnerable to wind and currents in areas where the ice used to be eight feet-thick. Like the unusual growth of sea ice in the Bering Sea last month, the ice that is forming in the Beaufort Sea, near Ulukhaktok, is extremely thin and is easily smashed and blown away during a strong wind.
Open water and unstable ice conditions impede Inuit from reaching hunting areas and make travel on the ice more treacherous. The Inuit witness changes in the sea ice on a daily basis and a conversation with an elder reveals to any visitor how dramatic the changes really are. It has become commonplace to look out over the ocean from the shores of Ulukhaktok during the coldest times of the year and see steam rising from the sea ice. The steam is a sign of open water, a sign that the ocean and air temperatures are too warm for sea ice to form and a sign that Inuit will have to adapt the way they hunt and travel to accommodate for these changes. 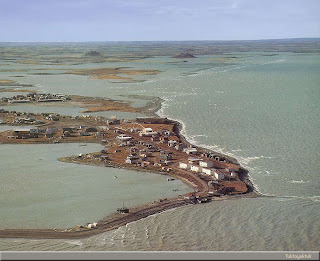 Despite the faint cries of climate skeptics, those whose lives and livelihoods depend on the Arctic ice are calling on the Canadian government and the international community to take action to address climate change by reducing greenhouse gas emissions and preventing further deforestation.

If you question whether climate change is real, travel to the Arctic and observe for yourself. Then you can report what is really happening to Arctic sea ice.

Tristan Pearce is a PhD Candidate and SSHRC Vanier Scholar in the Department of Geography at the University of Guelph. Tristan has been working with the community of Ulukhaktok for the past six years on climate change issues and is the author of several peer reviewed publications, book chapters and government reports. Dr. James D. Ford is an assistant professor in geography at McGill University. He is widely renowned for his work with Aboriginal communities on climate change vulnerability assessment and adaptation planning,
Posted by Next Year Country