Bolivia: Evo Morales calls for global mobilization for the planet 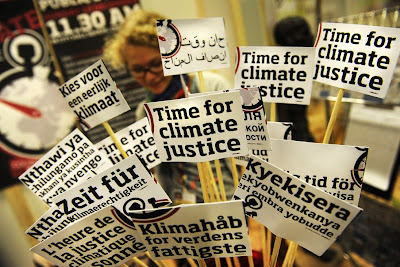 This call is also relevant "to the environmentalists, who defend the so-called green environment, the humanists, scientists who did many studies to defend the Mother Earth," he said.

Morales, prompting the Peoples' Conference on Climate Change, delivered on 7 May to the UN secretary general, Ban Ki-Moon to the conclusions of the meeting to be taken into account in Cancun.

Among the findings, calling on industrialized countries to halve their emissions of greenhouse gases and global referendum on how to tackle climate change, and the creation of an international court for environmental crimes.
Posted by Next Year Country