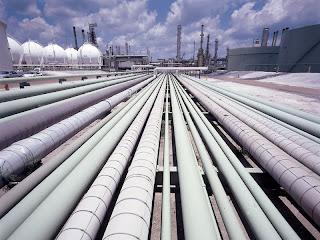 "They're working very hard to make a lot out of not very much," Liberal environment critic Laurie Blakeman said Wednesday.

"This is not a tremendous news story, especially given the black eye that we're experiencing elsewhere."

About 100 companies -- such as oilsands operators, coal-fired power generators and other industrial producers -- are expected to pay into the Climate Change and Emissions Management Fund if their carbon emissions are above 100,000 tonnes and they miss targets to reduce greenhouse gases.

Payments to the Climate Change and Emissions Management Fund were down in 2009 compared to 2008 ($82.3 million).

The fund was first introduced in mid-2007, and that year the province collected $41.8 million from industrial emitters. 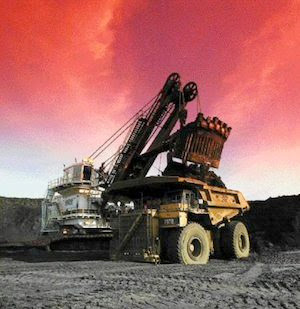 Ultimately, cash put into the fund flows through to an independent board that is supposed to finance research and technologies such as carbon capture and storage.
Wildrose Alliance MLA Rob Anderson, who argued "businesses don't need more taxes" like a carbon levy, said Wednesday a problem with the emissions fund is it doesn't change greenhouse-gas output.
"If we're worrying about lowering emissions of all kinds, what we should be talking about is increasing mass transit," he said. "The government (is) creating this big slush fund. ... They're not allowed to spend it on things like mass transit. It's a big show, but it's nothing more than a show."
NDP MLA Rachel Notley called the emissions fund's revenue for last year "a small drop in the bucket," and argued the threshold for companies paying up needs to be lowered.

Renner has said the province has considered lowering the bar to 50,000 tonnes, but at the moment there are no firm plans to lower the threshold.

Since 2007, Alberta Environment reports emissions have been reduced by 17.3 million tonnes.

"What this latest announcement shows is that the Alberta government is increasing their spin to try to convince the public that greenhouse-gas emissions are not increasing because of the tarsands," said Sierra Club director Sheila Muxlow. "Alberta's climate plan still allows for total emission growth until at least 2020. This is not an action plan, this is a spin plan, and any thinking person would not buy it."

- -$187 million: The amount of money that has been paid into the Climate Change and Emissions Management Fund to date. In the 2009 calendar year, the fund received $62.9 million.
- -100: The number of Alberta companies that typically exceed the 100,000-tonne emission threshold. Upon meeting this baseline, companies are required to pay into the emissions fund, buy into renewable energy or show other signs of reducing greenhouse-gas emissions.
- -60-70: The percentage of companies that pay into the provincial fund because they exceed allowed emissions.
- -17.3 million tonnes -- The amount of emission reductions the province has reported since mid-2007. Alberta Environment says there was a seven-million-tonne reduction in 2009.
- -244 million tonnes: Alberta's total emissions for 2008. The government says this is a one-per-cent drop from 2007. In 1990, the province's total emissions were 170 million tonnes.
Source: Government of Alberta
Posted by Next Year Country