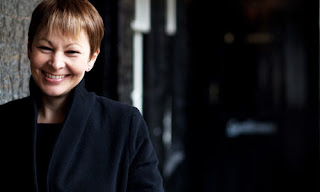 The Greens will unveil their manifesto next week with a pitch to voters highlighting the "yawning gap" on the left they say has been made vacant by New Labour.

Caroline Lucas, the Greens leader, said the party planned to shake off its single-issue image by emphasising policies on social justice and the economy.

The Greens are redoubling their efforts to enter parliament by fielding 316 candidates across the UK – an increase of more than 50% on the 202 members who stood at the last general election.

Lucas, one of the party's two MEPs, is running hard in Brighton Pavilion, a patch where the Greens have nine councillors and where they came third in 2005.

It is also hoping a boundary change will play in the party's favour.

The party is campaigning under the slogan "Fair is worth fighting for" and hope its exclusion from parliament to date may garner votes from sections of the public disaffected with mainstream parties after the expenses scandal.

A distinctive policy line will be to argue that jobs are more important than cutting the deficit because of the risk of falling back into recession, according to Lucas, an MEP for 11 years.

Among the manifesto promises are bringing in the 50p rate of tax for salaries over £100,000, raising the minimum wage to £8.10, and removing the ceiling on national insurance contributions for the country's highest earners.

Last month, the party launched its Older People's Pledge – a promise of support for the National Pensioners' Convention's demand for a £170-a-week basic state pension.

In a nod to Gordon Brown's recent condemnation of the BA strike by Unite, Lucas said the party also had a good track record on championing trade union democracy.

"New Labour has moved so far to the right that there is a yawning gap to the left that we are filling. The party has always been about the fight for social justice and tackling inequalities so it's about highlighting policies we already have in place. They are now more relevant than ever," said Lucas.

In last year's European elections, the Greens finished ahead of Labour in the south-east and south-west regions and defeated the Conservatives in cities such as Brighton and Hove, Oxford, Norwich, Liverpool and Manchester.
Posted by Next Year Country