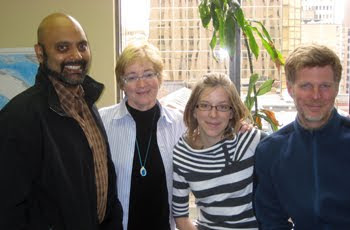 The climate justice movement grew dramatically in strength during the Copenhagen climate negotiations. While official talks failed to produce a strong agreement on deep emission cuts, the global mobilization for climate justice continues to grow.

To advance an agenda based on effective and just solutions to the climate crisis, the Bolivian, government is hosting a Peoples’ Conference on Climate Change and Rights of Mother Earth April 19-22, 2010. Alongside an open invitation to social movements, civil society and environmental organizations, academics and scientists, all 192 governments in the UN have been invited to attend and encouraged to listen to the voices of civil society.

This conference has become an important focus for engaging in discussions that will lead to the development of common proposals such as the calls for a Climate Justice Tribunal, a referendum held throughout the world on climate change and new commitments under the United Nations Framework for Climate Change.

Council of Canadians website
Posted by Next Year Country