By Liz Stanton
Public Goods: The economics of climate, equity and shared prosperity 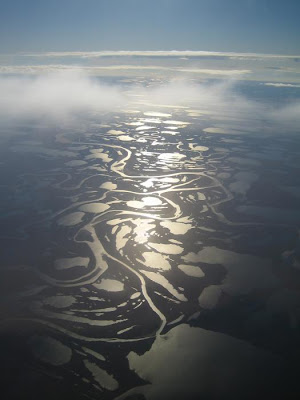 The deeper the understanding that scientists gain about climate change, the more “feedback” processes they uncover. In other words, the more they realize how climate change leads to yet more climate change. This is one of the biggest areas of uncertainty in projecting future climate impacts. Average and best-case-scenario damage estimates are well understood, but hidden feedback processes can mean surprisingly high and difficult-to-estimate worst-case scenarios. Here’s one example:

Within a few decades, climate change will have rendered the Arctic unrecognizable to anyone who had seen it in centuries past. Arctic ice and snow are melting as temperatures rise. Without these vast white (and highly reflective) expanses, global warming will occur at a much faster rate. (This is called the “albedo effect”: The sun’s rays bounce off of snow and ice, but are absorbed by the newly exposed dark ground.)

Permafrost – land “permanently” frozen solid before climate change – is thawing, too, and it releases methane, a very powerful greenhouse gas, into the atmosphere as it softens. New research reveals that the permafrost surface under the Arctic ocean is already thawing and releasing methane – a factor unaccounted for in current models of projected future climate change.

Last week, the Pew Trusts released a study led by economist Eban Goodstein that estimates the global cost of this additional warming from the melting Arctic at $2.4 trillion to $24 trillion, total, by 2050. (Note that one of the reasons for this wide range of forecasts is the wide range of social cost of carbon estimates used in the study: $13 to $798 per ton. For more on this see my critique of the EPA’s much-lower range.) According to Goodstein’s calculations, today’s Arctic warming is equivalent in effect to two-fifths of U.S. greenhouse gas emissions; by 2100, this will have doubled to four-fifths of today’s U.S. emissions.

Tomorrow I head to Ottawa to share my findings so far on the economics of climate change in Canada with other researchers also working on this topic. The “frozen North” is a new area of study for me, and my research on Canada’s coastal zones is already proving fascinating. It will be the topic of many future blog postings.

A recent posting on the RealClimate.org blog offers a helpful explanation of the relative importance of methane emissions. 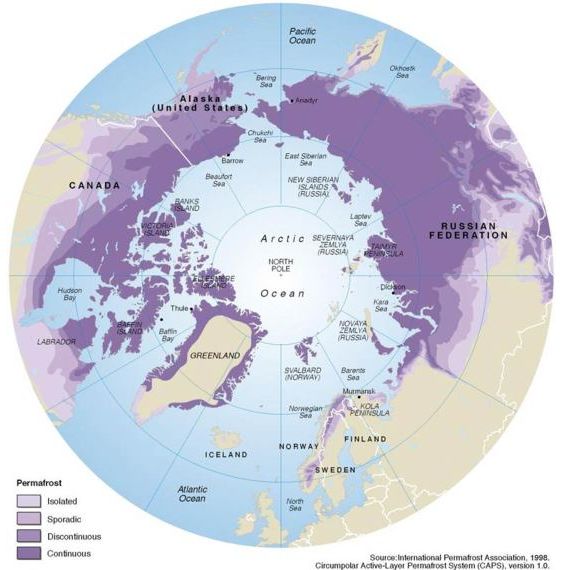