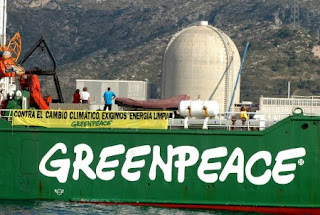 Since Greenpeace International announced its hiring of ForestEthics founder and current Power Up Canada director Tzeporah Berman as co-director of its climate campaign, a chorus of long-time environmental activists have voiced their strong opposition.

Today, activists launched a new website they hope will amplify these voices and help convince Greenpeace to change direction: http://www.savegreenpeace.org/

Greenpeace International co-founder Rex Weyler (not affiliated with www.savegreenpeace.org) called the decision to hire Berman “an all-out betrayal of environmentalism, of the groups and activists who built the environmental movement in Canada and in the world, and a betrayal of the Earth itself.”

“Tzeporah now speaks for General Electric, not for the Earth, not for wilderness, and not for our children’s future,” he added in an email making the rounds in environmental circles.

Since 1980, environmental groups have increasingly partnered with the corporations involved in environmentally damaging activities, trading mild reforms for their seal of approval. Yesterday, a former employee of Conservation International told The Nation that “Not only do the largest conservation groups take money from companies deeply implicated in environmental crimes; they have become something like satellite PR offices for the corporations that support them.”

Tzeporah Berman has been a pioneer of the collaborative approach. As founder of ForestEthics, she drew the ire of BC environmentalists and natives for eliminating public oversight from negotiations around the Great Bear Rainforest, giving the go-ahead to a plan to log 70% of the pristine forest. She has most recently been a vocal supporter of Gordon Campbell’s Liberal government while advocating for the privatization and damming of BC’s rivers as director of Power Up Canada.

Greenpeace was founded in Vancouver in 1971. It has its roots in a frustration with the Sierra Club’s–a dominant environmental group at the time–inaction in response to nuclear testing. Sierra Club brass did not like the direct action tactics of Greenpeace’s founders, and a new kind of environmental organization was born. In 39 years, Greenpeace has conducted hundreds of direct actions confronting destructive corporate practices. The approach resonated: Greenpeace’s membership is 2.8 million strong as of 2008.

“Greenpeace’s original approach was confronting corporations and governments at the scenes of their crimes,” said savegreenpeace.org co-creator Macdonald Stainsby. “That approach has softened lately, but if they hire Tzeporah Berman, they’ll be on the fast track to corporate collaboration, beyond the point of no return.”

“There is a massive struggle going on inside Greenpeace,” he added, “but people who are employees can’t talk about it, so it’s up to the rest of us to oppose this vocally.” 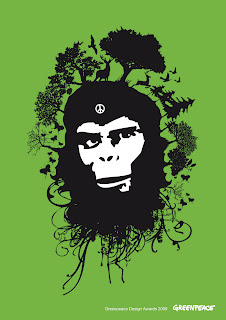