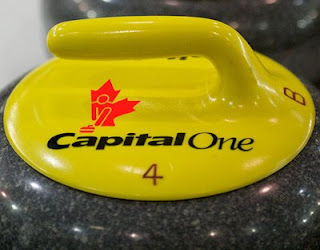 The corporate sponsor of this week’s Brier, biotechnology company Monsanto, is under intense scrutiny from environmental, consumer and farmer groups in Nova Scotia, and across Canada and the world.

“Many curling fans might be shocked to learn that the Brier sponsor Monsanto is at the centre of farmer and consumer battles over genetically engineered seeds and increasing corporate control in farming,” said Marla MacLeod of Ecology Action Centre, a Nova Scotia-wide environmental group. “We are saddened that the great Brier championship is now associated with this relentlessly controversial company,” said MacLeod.

Earlier this year, the Curling Association of Canada signed a multi-year sponsorship agreement with Monsanto that includes championships through to 2013. Monsanto has sponsored the Brier since 2006. This week’s Brier runs until Sunday March 14 in Halifax.

Monsanto is the largest seed company in the world and owns approximately 86% of all the genetically engineered (GE) seeds sown across the globe. GE corn, canola, soy and sugar beet (white) are grown in Canada and Monsanto dominates the market in all four crops.

“Curling is being used to soften the image of a company that takes farmers in Canada to court for alleged patent infringement, for saving seeds,” said Lucy Sharratt, Coordinator of the Canadian Biotechnology Action Network (CBAN). Monsanto now puts farmers that it sues onto an “Unauthorized Grower List” which prohibits them from buying Monsanto products in the future. “The Curling Association should not be providing a platform for Monsanto’s corporate public relations,” said Sharratt.

Monsanto’s GE seeds are causing havoc for many farmers in Canada. Saskatchewan organic grain farmers tried to establish a class action lawsuit to seek compensation from Monsanto and another corporation for loss of organic canola due to GE contamination. A Private Members Bill – Bill C-474 - will be debated in the House of Commons on Wednesday March 17, to address the issue of export market harm caused by GE seeds.

Groups across the country are engaged in various struggles to stop Monsanto’s GE seeds from harming farmers’ livelihoods and the environment. Just last week, farm groups and consumers from across Canada wrote to the U.S. Department of Agriculture to try to stop the lifting of an injunction on planting Monsanto’s GE alfalfa. “The release of Monsanto’s GE alfalfa would be an immediate threat to organic food and farming in Canada,” said Cammie Harbottle, Youth Vice President of the National Farmer Union and a farmer in Nova Scotia.

“We don’t want the great sport of curling marred by association with the harm that can be caused by genetically engineered seeds,” said MacLeod.