The Unity-in-Diversity of Ecosocialism: A Real Challenge to Global Capital


The truth is the whole…. -GWF Hegel 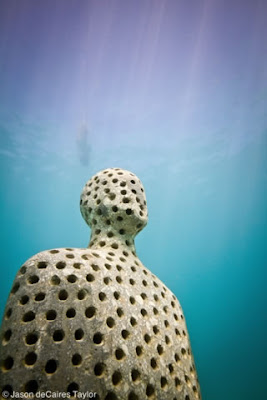 Better Worlds, Brighter Futures endeavors to create a comradely “unity-in-diversity” between the broadly ecosocialist tendencies of the radical left, to pose a substantive challenge to the system of global, monopoly capitalism that is shown to be at root of both the ecological and social crises. As hinted at in previous posts (see “In Search of a Broad, Coherent Social Ecology” and “Reopening the ‘Intellectual Space’ of Social Ecology“), there is much theoretical agreement between the different approaches.

This entry serves to make explicit the connections between seemingly disparate theorists and tendencies within ecosocialism, broadly conceived. It is hoped this will begin to show that a radical, pluralistic, united, and comradely ecosocialist movement is a realistic (and necessary?) possibility. This entry is simply an outline at present.

Marx and Engels can be viewed as the direct antecedents of modern ecosocialism, inspiring contemporary theorists throughout the spectrum of this container category. While some theorists also draw from early anarchist-communists such as Peter Kropotkin and Elisee Reclus (who themselves have great potential for informing ecosocialist theory), Marx and Engels are the earliest common ancestors of contemporary ecosocialism.

Indeed, it was particularly in Engels’ discussion of the need to synthesize town and country that Murray Bookchin embarked upon a theoretical journey that would lead, by way of Lenin and later Leon Trotsky, to the development of social ecology in the late 1950s and early 1960s. Though the inspiration and theoretical influence of various Marxist tendencies continues to impact social ecology, its prevailing orientation is anarchism (and specifically the anarchist-communism of Kropotkin and Reclus, among others).

Emerging originally within the anarchist tradition and later studying under Murray Bookchin, John P. Clark would build on and modify Bookchin’s social ecology, bringing in other theoretical antecedents (such as Reclus), addressing contemporary issues, providing immanent critique within the field, and (perhaps most importantly) begin the process of opening social ecology’s “intellectual space” through comradely dialogue with other tendencies. Within social ecology, this opening is largely seen to exist between the so-called radical ecophilosophies, typically listed as social ecology, deep ecology, and ecofeminism. Clark’s decade-long correspondence with Arne Naess demonstrated the mutual compatibility of social ecology and deep ecology (see “A Dialogue with Arne Naess on Social Ecology and Deep Ecology (1988-1997“). Contrary to critics who charged Clark with creating a muddled “deep social ecology,” the two ecophilosophies can be advanced and strengthened while each retaining their specificity.

Further, Clark’s opening of social ecology includes a decades-long theoretical exchange with Marxist ecosocialist and psychoanalyst Joel Kovel. Kovel, a former lecturer at the Institute for Social Ecology, has been developing his own ecosocialist perspective since the 1980s. His primary work on this subject has been the book The Enemy of Nature: The End of Capitalism or the End of the World? Writing in the Monthly Review, professor Zhihe Wang summarizes Kovel’s general view, which he considers to be one of the four main approaches of Marxist ecosocialism being explored in China. Kovel’s approach is a:


…theory of ecological socialist revolution and construction. For Kovel, in order to solve the ecological crisis of capitalism, we must liberate use values from exchange values, liberate labor from capital, and move toward an eco-socialist society which must meet two conditions: public ownership of the means of production and freely associated producers. (“Ecological Marxism in China“)

Kovel has called for, and is working toward developing an Ecosocialist International Network. Lastly, he has for many years contributed and been the editor of the journal Capitalism, Nature, Socialism.

Another former editor of CNS and contributor to Monthly Review is economist James O’Connor. His approach develops a “second contradiction” of capitalism (in addition to Marx’s first contradiction of capital and labor) wherein the capitalist system inherently degrades the conditions of production necessary to sustain itself. Once again, Zhihe Wang summarizes:

The newest issue of Monthly Review helped me to connect the different ecosocialist approaches most explicitly. This double issue (July/August 2012) was themed around “monopoly capitalism,” thought to be the contemporary stage of capitalism by MR and fellow travelers. The basis of this analysis is formed around the theories of economists Paul Baran and Paul Sweezy. In the introduction to a missing chapter of Baran and Sweezy’s Monopoly Capital: An Essay on the American Economic and Social Order, it was discussed that O’Connor reviewed this work. Obviously, it had a theoretical impact on him.

The theory of monopoly capital appears to have theoretically impacted ecosocialism almost as universally as Marx himself. This author, being far from expert on these ideas, it is nevertheless easy to assume that O’Connor’s second contradiction fits easily within the monopoly capital analysis. While Kovel makes no mention of Baran or Sweezy in his The Enemy of Nature, he does refer to O’Connor, and it is also fair to assume that the approaches are compatible to some degree.

In reading about the theory of monopoly capital, I was struck by the apparent similarities at certain points with the thoughts of Murray Bookchin. While at a very early investigative stage, it would seem as though social ecology could benefit from incorporating monopoly capital theory, while still retaining its own specificity.

It is also through Baran and Sweezy’s Monopoly Capital, the Monthly Review, and Marx that we arrive at the voluminous work of John Bellamy Foster. Foster, as editor of MR, adopts the continuing analysis of monopoly capital to give context to the contemporary economic situation, particularly the ongoing Great Recession. This is done through the understanding that the default orientation of the monopoly capitalist economy is toward stagnation, with occasional periods of growth… but I digress.

Foster’s ecosocialist contribution lies in uncovering and developing the ecological moments implicit in Marx’s original work — that is, Marx’s ecology. This is done primarily through articulating the theory of metabolic rift. Foster’s work is complimented by that of Paul Burkett (with whom I am less familiar), as Zhihe Wang once again explains:


…[t]he theories of John Bellamy Foster and Paul Burkett on Marx’s ecology. According to many Chinese Marxists, all… of the preceding theories acknowledge that Marxist theory can provide a guide for solving the ecological crisis of capitalism, but none of them publicly acknowledges (or for that matter denies) that Marxism, including Marx himself, provided the basis for an ecological worldview. It is Foster and Burkett who “commenced to construct Marx’s ecology, which gives ecological Marxism a much greater theoretical value in dealing with the contemporary ecological crisis.” Foster finds Marx’s ecology in his theory of metabolism while Burkett finds it in Marx’s theory of labor value.

To close, while John Bellamy foster was the last name in this “six degrees of separation” summary on the complementary of seemingly disparate ecosocialist tendencies, I would like to point out a few others that cannot be as cleanly integrated, yet are nevertheless influential. For instance, more than one of those mentioned above have drawn insight from Thorstein Veblen, who is credited by some at MR for articulating certain key points of what would become the monopoly capital critique, such as the blurring of sales/marketing and production.

In addition, the Frankfurt School has been of almost universal influence to the theorists mentioned above. Their work continues to be of important value.

The relationship between Marxism and psychoanalysis may offer continued insights. Joel Kovel has no doubt contributed to this understanding. Erich Fromm, for a time with the Frankfurt School, may offer some insight despite often being overlooked or dismissed. The work of Slavoj Zizek has the potential to reinvigorate the connection between Marxism and psychoanalysis with regard to ecosocialism.
Posted by Next Year Country