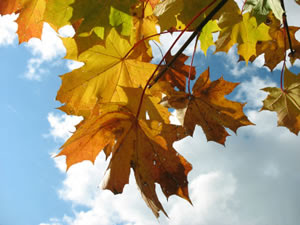 Intact Financial Corporation and the University of Waterloo, along with more than 80 experts from across the country, today released the Climate Change Adaptation Project report, which provides a roadmap for adaptation in Canada. It projects rising temperatures across the country and substantial fluctuations in precipitation levels, all of which will leave a range of sectors, cities and rural regions in Canada vulnerable. City infrastructure, biodiversity, freshwater resources, Aboriginal communities and agriculture were targeted as the most vulnerable areas where adaptive solutions to address climate change are most urgently required. The report outlines 20 practical and cost-effective recommendations that can be implemented on a priority basis in the short term.

To guide the project, climate projections for Canada were developed. The results are striking. Canada will continue to warm by up to 2˚C by 2020 and 4˚C by 2050. The most significant impact will be in the Arctic, which will see increases of up to 4˚C by 2020 and 8˚C by 2050, along with increased precipitation of up to 20 per cent by 2020 and 40 per cent by 2050. Climate change will impact regions across Canada differently. For example, Vancouver will see a decrease in summer precipitation, Winnipeg will see an increase in winter precipitation and Toronto and Montreal will see milder winters.

"Unfortunately, climate change is a reality that is already taking a toll on many parts of our country. When you consider that the 10 warmest winters on record have all happened since 1998, it becomes clear that we need to think immediately about how Canada must adapt," said Professor Blair Feltmate, director of sustainable practice of the School of Environment, Enterprise and Development (SEED), based at Waterloo's Faculty of Environment. "If there is one take-away from this project, it's that climate change needs to be an important consideration in all planning processes, whether you work for industry, government, an NGO or within an Aboriginal community."

"It is quite clear that there will be serious implications for Canadians if we stand still while our weather patterns continue to evolve," said Feridun Hamdullahpur, president & vice-chancellor of Waterloo. "The recommendations outlined in this project are the push we need to bring climate change adaptation to the forefront."

The project draws attention to the leading climate change challenges facing this country as well as the cost-effective actions needed in order to adapt.

Whether it's modes of transportation, storm water run-off or energy generation, Canadian cities' infrastructure is predicted to be strongly impacted by climate change. Key recommendations from the Climate Change Adaptation Project report include climate change vulnerability and risk assessments, evaluating the storm water run-off systems for capacity and resilience to future climate extremes and the incorporation of climate change adaptation into city planning policy.

Climate change is altering natural habitats. Not only can it push some species to the brink of extinction, but it is also causing invasive species to enter new habitats. Key recommendations from the project include modeling climate change in order to help inform solutions, creating habitat corridors in human-dominated areas to assist migration, and better management of exotic invasive species.

The challenges surrounding freshwater resources are significant from region to region. Southern Alberta has a growing population and a large agriculture industry, with only a small proportion of Canada's freshwater resources. Warmer temperatures will increase evaporation and reduce the spring snowmelt, which will limit the availability of this already scarce resource. Dryer summers in Ontario will reduce the Great Lakes' levels and strain water availability. Key recommendations from the project include protecting and restoring wetlands and natural drainage systems, changing the design of human infrastructure to conserve water quality and quantity and locating new communities and water-intensive industry where water will be plentiful despite the changing climate.

Climate change is having a large impact on Canada's Aboriginal communities, including dramatic and continuous degradation of community infrastructure, diminution of traditional livelihoods and catastrophic disruption to community access and energy capacity. Key recommendations from the project, all guided by traditional knowledge, include comprehensive community capital planning (including the potential for community redesign and relocation) and integrating resiliency into community access and energy capacity.

The insurance industry is witnessing the effects of climate change. Future extreme weather projections will need to be integrated into design and construction practices to protect homeowners from climate risks. Governments and insurers can play a significant role in encouraging risk reduction. Key recommendations from the project include updating the National Building Code, incorporating these changes into new builds and modifications on current structures and launching a public campaign to inform Canadians about improvements they can make to their homes to lessen risk.

"Climate change is an important issue for society at large. With rising temperatures, heavier precipitation and an increasing number of extreme weather events, we are seeing the impact of our new climate reality firsthand," said Charles Brindamour, chief executive officer of Intact Financial Corporation. "This project is an opportunity for Canada to be a leader on implementing effective climate change adaptation solutions that will not only lessen the impact today but build strong, resilient and sustainable communities for years to come."

The Climate Change Adaptation Project, funded in full by a grant from Intact Foundation, was launched in 2010. Instead of focusing on mitigation, which aims to reduce the rate and magnitude of climate change, this project is focused on how this country can adapt to the impending current and future impact. The 80 experts who contributed to the project come from diverse backgrounds including academia, law, banking, insurance, NGOs, Aboriginal communities, utilities and more.

The full report can be found here: www.adaptnowcanada.com
Posted by Next Year Country