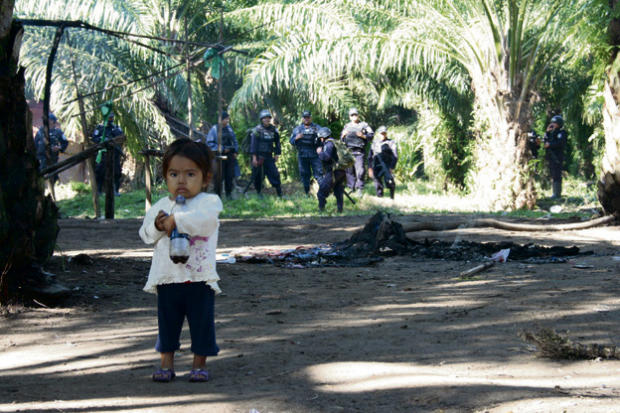 With its muddy roads, humble huts, and constant military patrols, Bajo Aguán, Honduras feels a long way away from the slick polish of the recurring UN climate negotiations in the world’s capital cities. Yet the bloody struggle going on there strikes at the heart of global climate politics, illustrating how market schemes designed to “offset” carbon emissions play out when they encounter the complicated reality on the ground.

Small farmers in this region have increasingly fallen under the thumb of large landholders like palm oil magnate Miguel Facussé, who has been accused by human rights groups of responsibility for the murder of numerous campesinos in Bajo Aguán since the 2009 coup. Yet Facussé’s company has been approved to receive international funds for carbon mitigation under the UN’s Clean Development Mechanism (CDM).

The contrast between the promise of “clean development” and this violent reality has made Bajo Aguán the subject of growing international attention — and a lightning rod for criticism of the CDM.

The Coup and Its Aftermath 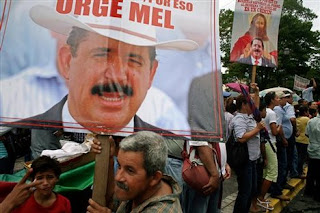 In June 2009, a military coup in Honduras deposed the government of Manuel Zelaya, stymieing the government’s progressive social reforms and experiments with participatory democracy. "It was not only to expel President Zelaya,” says Juan Almendarez, a prominent Honduran environmental and humanitarian advocate. The coup happened “because the powerful people in Honduras were acting in response to the people’s struggles in Honduras.”

The result has been social decay and political repression. The homicide rate in Honduras has skyrocketed under the Porfirio Lobo regime, registering as the world’s highest in 2010. Human rights groups highlight the ongoing political assassinations of regime opponents. In this small country of 8 million people, 17 journalists have been killed since the coup. LGBTI organizers, indigenous rights activists, unionists, teachers, youth organizers, women’s advocates, and opposition politicians have also received death threats or been killed. Those responsible are rarely punished by the justice system, which instead devotes its energies to prosecuting social and human rights activists. Protests are often met with teargas canisters and live ammunition.

The coup has also proved a setback for campesino activists seeking to halt the encroachment of large landowners on their farms.

The Struggle for Land in Bajo Aguán 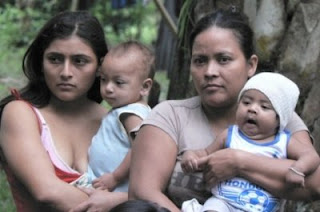 Highly unequal land distribution has long been an issue in Honduras, and genuine land reform has been evasive. However, partial agrarian reform in 1961 made the rainforests of Bajo Aguán available for cooperatives of farmers who migrated there from other parts of the country. Clearing the forests to make the land suitable for farming was extremely difficult work, but the farmers’ perseverance turned it into one of the most desirable and fertile agricultural lands in the country.

However, under pressure from international financial institutions, Honduras’s government passed the Law of Agricultural Modernization in 1994, allowing large producers to extend their territories beyond the maximum legal property limits. As a result, large landowners began to buy up the land of small farmers, effectively reversing whatever limited land reform had been achieved. The human costs were immense. According to Juan Chinchilla of the Unified Campesino Movement of Aguan (MUCA), “it forced masses of farmers to migrate to the cities and to the U.S. under terrible conditions.”

An older movement, the MCA (Campesino Movement of Aguan), has organized several dramatic acts of resistance to this dislocation. In May 2000, the collective orchestrated a remarkable mass occupation of a former U.S. military base on a large tract of arable land controlled by agro-industrialists. Coordinating with landless farmers from all over the country, the MCA organized 50 trucks and, early one morning, entered the former base and tore down its fences. This occupation continues today, despite threats and persecution.

In 2008, MUCA occupied one of Miguel Facussé’s palm oil processing plants and subsequently entered into negotiations with then-President Zelaya to have occupied lands legally transferred to small farmers. When the coup occurred and jeopardized these hard-won gains, landless farmers mobilized against it, with MUCA officials travelling to the Nicaraguan border to meet Zelaya on his second attempt to return to Honduras. It was there that MUCA decided to organize a mass land occupation starting on December 9, 2009. But despite this resistance, aggressive landholders buoyed by the coup have continued their onslaught against the farmers of Bajo Aguán. According to the Inter-American Commission of Human Rights, 42 farmers were assassinated between September 2009 and October 2011 in Honduras. More recent reports have the numbers in the 50s by 2011. In one surprisingly brazen incident in November 2010, after five farmers were killed in El Tumbador, Facussé gave a press statement acknowledging that it was his hired security guards who were responsible.

A community member from the Marañones settlement in Bajo Aguán described an eviction of small farmers from the Guanchía cooperative on 8 January 2010, carried out by a contingent of 500 police and soldiers with teargas and guns: “It was a violent eviction where they had nothing legal to show us; the first greetings they gave us were the weapons. They began to shoot at us, to capture and beat ourcompañeros. There were captured children, nine of them…compañeras were raped…our homes were destroyed, our food – they took part of it and destroyed the other parts.”

Almost every farmer I interviewed said that it was unsafe to leave their settlements. The countryside is dotted with military checkpoints, and farmers have been killed travelling to or from their settlements. “The way we see it, it has become a crime to be a farmer here,” Heriberto Rodríguez of MUCA explained. There have been at least four military operations in the area since 2010. 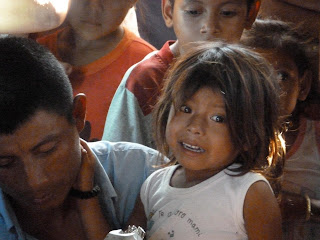 Bajo Aguán’s small farmers are already under siege. But carbon trading with the global North could help to fuel in this aggression even further under the Clean Development Mechanism (CDM). Set up under the current UN climate treaty, the CDM is supposed to encourage “clean” technology in the South and to provide Northern actors with the most efficient (i.e., cheapest) way to reduce global pollution. The basic equation is simple: a project in the global South that ostensibly reduces carbon emissions generates carbon credits. These credits can then be bought and sold by companies in the global North, who can use them to meet government requirements to reduce pollution without actually reducing emissions in their factories or power plants.

Dinant, Facusse´s palm oil company, has set up one of these projects. In the past, the company's palm oil mill pumped its waste into large open pits, a process that produces large quantities of methane. Dinant's project involves capturing this greenhouse gas and using it to power the mill. The project's blueprint claims that it will reduce pollution in two ways: first, by not letting the methane from open pits escape straight into the atmosphere, and second, by preventing pollution from burning the fossil fuels that were formerly used to power the mill.

Dinant’s approval is obviously problematic for a number of reasons. 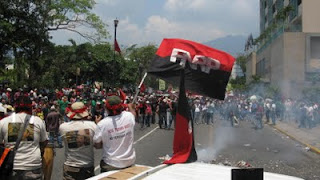 First, with the expanding palm oil industry contributing to massive deforestation in sensitive tropical regions, it’s ironic that Dinant would be rewarded for environmentally sound practices. Moreover, its CDM approval essentially endorses a business model of producing palm oil for export—instead of food for local consumption—in a country where one in four children suffers chronic malnutrition. As Heriberto Rodríguez argued, “We don’t need palm oil here. We need what we can eat.”

Finally, if Wikileaks cables detailing some of Facussé’s more unsavory dealings—including but not limited to his potential links to drug traffickers (to say nothing of his documented violence against local farmers)—are any indication, Facussé’s misdeeds are no secret to the North. And yet one CDM board member told a journalist that “we are not investigators of crimes” and that there is “not much scope” to reject the project under CDM rules.

As rights groups have brought these problems to light, Northern companies associated with the project have pulled out one by one, including a consultant that contributed to the project application, the German government bank that had agreed to give a loan to Dinant, and the French electricity company that had agreed to buy the credits. This has left Miguel Facussé and Dinant out on a limb. However, the struggle to stop European carbon market money from flowing to Bajo Aguán is not finished: the CDM board has re-approved the project, and the British government has not withdrawn its support, which means that new buyers could still appear. 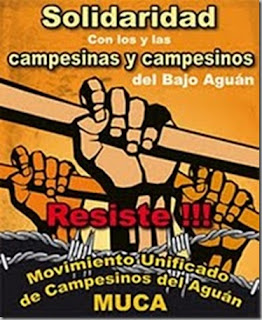 At an international human rights conference held in Bajo Aguan in February, MUCA signed an agreement with the Lobo regime that included a financing plan for the farmers to pay the large landholders for occupied land. But critics say that even if the government can be trusted (itself a questionable proposition), the crucial issues of assassinations and impunity were ignored. Facussé´s company is now accusing farmers of new “invasions.”

Needless to say, the situation in Bajo Aguán continues to be incredibly dangerous. Local rights groups have called for a Permanent Human Rights Observatory to witness, document, and discourage the ongoing violence against farmers in the region.

Although growing international condemnation has made it more difficult for Dinant to access carbon market money, the project remains officially sanctioned, and loans from international development banks have not been cancelled.Heriberto Rodríguez, speaking from his roadside hut in an Aguán settlement, had no doubt about the impact of this international support: "Whoever gives the finance to these companies also becomes complicit in all these deaths. If they cut these funds, the landholders will feel somewhat pressured to change their methods.”

MUCA spokesperson Vitalino Alvarez rejects the idea of carbon trading projects altogether. “To get into these deals is like having [our land] mortgaged,” he said. “So to this we say no; this oxygen, we don’t sell it to anybody."
Posted by Next Year Country