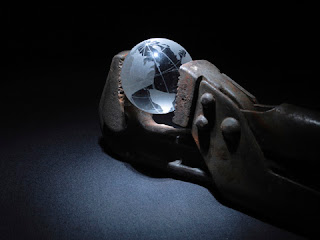 A small unit of climate scientists, supported financially by notable billionaires, is lobbying governments and international organizations to back experiments in geoengineering - a controversial practice that would involve changing the climate to avoid global warming. Environmental activists, however, are concerned.

Geoengineering is a process in which artificial means are used to drastically change the earth's environment, in response to the growing threat of climate change. There are various implementations being considered, including using seawater to brighten clouds, spraying aerosols high in the stratosphere, and placing sun-shielding technology near the earth (this option is called solar radiation management).

Among the wealthy individuals supporting it are Bill Gates, chairman of Virgin Records Richard Branson, co-founder of Skype Niklas Zennstrom, and - perhaps most surprisingly - tar sands oil magnate Murray Edwards. Together, they are funding a series of reports on potential use of the climate-altering technology.

The scientists backing this argue that this is 'Plan B' - and that it is much needed, particularly because politicians will not agree to make vital cuts in greenhouse gases.

The suggested geoengineering techniques are surrounded by controversy, mostly because they could cause irreversible changes in rainfall patterns and other aspects of the earth's climate. In short, they could potentially do more harm than good.

Environmental activists are concerned, additionally, for another reason. This small but influential and well-financed group of scientists, as well as their backers, could have a disproportionate effect on geoengineering research and policy, critics feel. It could also undermine efforts to reduce greenhouse gas emissions, or provide an excuse for right-wing politicians to disregard those emissions altogether. Some environmentalists even fear the technology could be weaponized and used to create disastrous weather patterns.

In response to the uncertainty surrounding what is a relatively new concept, the scientists supporting the technology believe the U.S. government should pay for a massive geoengineering research and development program.

Meanwhile, there is ongoing debate as to whether the pro-geoengineering group's pursuit is truly altruistic in nature.

"We will need to protect ourselves from vested interests and be sure that choices are not influenced by parties who might make significant amounts of money through a choice to modify the climate," said Jane Long, director for the Lawrence Livermore National Laboratory in the U.S. at a recent geoengineering conference on ethics.

Doug Parr, chief scientist with Greenpeace, added, "The stakes are very high. Scientists are not the best people to deal with the social, ethical, or political issues that geoengineering raises. The idea that a self-selected group should have so much influence is bizarre."

Further scrutiny shows that two leading world advocates on geoengineering research - Professors David Keith and Ken Calderia, of Harvard and Stanford University, respectively, have so far received over $4.6 million from Gates to run the Fund for Innovative Climate and Energy Research.

Keith is also the president and majority owner of geoengineering outfit Carbon Engineering, in which Gates and Edwards have stakes together worth a reported $10 million. Carbon is a private company based in Canada.

Distrust and legitimate concern, coupled with the fact that big money is heavily involved, beg an important question: is this the first example of Big Science? And should progressive environmentalists be worried?

Vandana Shiva, an Indian environmentalist, philosopher, scientist, and global justice activist, stated, in an interview with Democracy Now, "Geoengineering is undemocratic. I think the crisis of the climate is so serious that people need to be involved. The problem with geoengineering is it's a bunch of experts sitting with a bunch of corporations saying, 'we'll decide on behalf of the people.'"

Diana Bronson, researcher with Montreal-based geoengineering watchdog ETC, remarked, "What is really worrying is that the same small group working on high-risk technologies that will geoengineer the planet is also trying to engineer the discussion around international rules and regulations. We cannot put the fox in charge of the chicken coop."

"This eco-clique is lobbying for a huge injection of public funds into geoengineering research," said Clive Hamilton, professor of Public Ethics at the Australian National University. "They dominate virtually every inquiry into geoengineering. They are present in almost all of the expert deliberations. They have been the leading advisers on parliamentary and congressional inquiries and their views will, in all likelihood, dominate the deliberations of the U.N.'s Intergovernmental Panel on Climate Change as it grapples for the first time with the scientific and ethical tangle that is climate engineering."
Posted by Next Year Country