3:25am GMT update from Jeffrey Allen 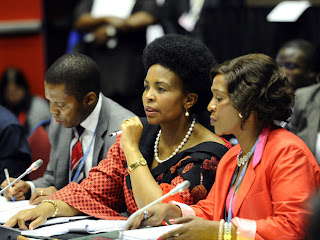 World Development Movement wins the race to declare a verdict. Here are a few choice quotes from the press release that just landed:

"The World Development Movement has slammed the outcome of the UN climate talks in Durban as a ‘spectacular failure’ that will condemn the world’s poorest people to hunger, poverty and ultimately, death.

The world is now on course for devastating temperature rises as a result of the failure of developed countries to act. Instead of coming to Durban to take action, developed countries have stonewalled on the real issues and kicked decisions down the road.

Developed countries have failed to commit to action to curb their emissions, leaving the world to run headfirst towards catastrophic climate change.

The UK and the EU have failed to put their money where their mouths are, and have not committed the money needed to help developing countries cope with climate change. Only agreeing to produce yet another report on financing with no guarantees that anything will come of it, after years of reports, promises and negotiations...

This roadmap is set to undermine the principles of the UN climate talks - that developed countries bear responsibility for causing climate change and must act first. Treating rich industrialised countries and poor developing countries as if they were the same is not a just solution to climate change." 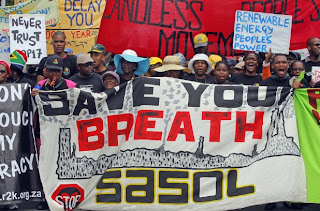 "Been downstairs during the break taking the initial pulse of civil society. Let's just say, they're not very happy with what's shaping up here, as the sun begins to rise over Durban.

If you're watching the proceedings, you're seeing high drama, people are patting themselves on the back, and the story of a "historic" agreement seems to be shaping up. But climate activists are talking about a hollow agreement.

Two of the main problems we're hearing are that:
According to prolific tweeter Murray Worthy of World Development Movement,

The bottom line: nothing has been agreed here that moves us off a 4-degree pathway, and as we all know, 4 degrees of warming is catastrophic for the world's vulnerable people and will result in irreversible consequences of climate change."
Posted by Next Year Country