Is capitalism destroying our planet? 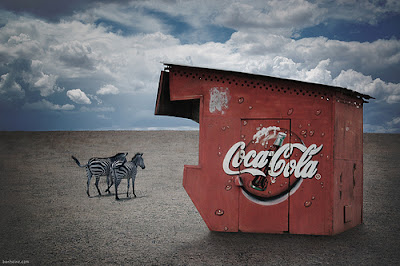 Before answering this question, it is necessary to give some attention to the widely agreed upon evidence that it has been happening for some time, and, moreover, has accelerated. It is hard to know where to start and where to end when it comes to listing relevant “evidence” in this regard, even if there is disagreement about the “causes” of such “evidence”. In The Enemy of Nature (2002), Joel Kovel lists what must surely count as being among the most important (because most alarming and “un-ignorable”) instances of this, including the melting of the polar ice caps and of the snows on Mount Kilimanjaro — widely regarded as effects of global warming.

In a September 2004 edition of National Geographic, with the subtitle “Global warning — Bulletins from a warmer world”, too, ample evidence is provided that there is reason to be very concerned about the melting of ice in the polar regions and of Kilimanjaro’s snows, as well as about the drastic effects that the increasingly warmer global climate is having on various species of animals, from Adélie penguins to caribou and coral, not to mention the threat it poses to millions of people living in low-lying areas such as parts of Bangladesh, where even a modest rise of the ocean level could be disastrous. Needless to say, when a mainstream journal such as National Geographic devotes the larger part of an edition to the ecological crisis, alarm bells should be ringing loudly.