How should we organize ourselves in the 21st century? 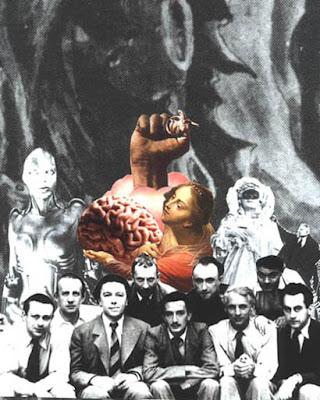 How do we organise ourselves to achieve our political aims? It is an age-old question, with the answer often revolving around two poles of attraction, the centralised cadre versus the decentralised loose network.

“Over the last decade, some of the currents of the global movements, particularly those in the global North, have been radically deficient at producing collective intelligence, leading to a genuine gap in passing knowledge and abilities to the influx of people engaged in the politics of climate change and the food crisis.

Collective intelligence requires a commons of collective representations and memory accessible to the network, and so digital representations on the internet are ideal. Indymedia was a step towards this type of collective intelligence for many of these currents, but its focus on ‘reporting’ rather than analysis has reduced its use as a mechanism for passing on knowledge. Again, this seems to have arisen because of a misplaced fear of hubs.

A key focus for improving our collective intelligence would be a few central websites compiling analyses of social movements and events, alongside practical pieces from key hubs and organisers on how particular events were pulled off. A collective ratings approach would allow people to quickly find needles in the electronic haystack, via Digg-It-style ‘I like this article’ tags, or collaborative bookmarking, allowing different users to see each other’s bookmarked webpages. Of course some of these types of things exist, with tagging systems well developed on sites of magazines, newspapers and blogs. However, no current website performs the function of an analysis and learning hub, as Indymedia does for news. There are other effective technologies for creating collective intelligence, such as wikis for text editing and textmob for coordinating street action, but much work needs to be done to develop, explore and deploy these tools.

While struggles wax and wane, it is clear that the gloriously misnamed ‘anti-globalisation’ movement is declining while a new movement, which we call the ‘climate change’ movement is growing. Both can be considered separate moments in a greater ‘movement of movements’. The question of climate change gives relatively fixed time-constraints before we reach various ‘tipping points’ in the Earth’s climate system – major sea-level rises displacing cities and their inhabitants, droughts making agriculture difficult, and so on – which most of humanity will find difficult or impossible to adapt to. Perhaps this realisation will allow us to move beyond organisational panic and tired arguments over centralised and decentralised models of organising, and ground our organisational experiments in studies of existing and successful networks. If we are to act swiftly and sustain momentum we will need to create collective intelligence – the ability to create accurate records of events, distribute them widely, analyse success and failure, and to pass on skills and knowledge. This is what the emerging climate change movement must aggressively focus on.

Nobody knows the precise dynamics of what actions will change the world, but we do know that any social movement will fail to head off catastrophic climate change if it sticks solely to the politics of climate change. With food riots on three continents and spiralling energy costs worldwide, changes in the weather are taking a backseat to basic questions of people getting the food and energy they want. These crises are sign-posts to the defining issues of international solidarity and justice in the 21st century: how does humanity allocate finite resources globally? The reason is simple: scientist Jared Diamond has calculated that the average amount of food, energy, metal and plastic consumption by an individual in Western Europe and the United States is approximately thirty-two times that of an average individual of the rest of the planet. Simple maths shows that as the rest of the world moves towards resource use levels that mirror average levels in the UK, US and Germany, this would use the resources equivalent to a global population of 72 billion, against a current world population of almost 6.5 billion. This isn’t physically possible – even the most frenzied capitalist would run out of world to exploit – so something fundamental must shift.

Some, seeing millions of people getting on planes, into boats, or walking to the global North every year, will call for the shift to be to even more xenophobic border control policies. Others, seeing the life-system-threatening impact of such resource depletion, will welcome a ‘khaki-green’ or eco-fascist authoritarian state. These symptoms of the general structural instability of capitalism will increase with time: there is now a brief window of opportunity – a moment outside ‘normal’ time – where a network of social movements can actively form and radically reshape the world. To do so successfully, future movements must consciously try to avoid two distinct fates: either the dissolution into a decentralised network of loose clusters of relatively isolated groups, movements and individuals – the fate of the summit-hopping phase of the movement of movements – or a decline towards a centralised network of cadres, which severely damaged the movement in the Sixties. Our lines of flight from these dead-ends consist in wilfully pushing ourselves to learn from successful networks and evolve towards a mature distributed network with abundant hubs and a powerful long tail: a movement with both mass participation and dynamic hubs of people and events, capable of evolving and responding rapidly to a fast-changing world. A tall order – perhaps – yet the alternative is bleak indeed.”

• Develop other hubs, with dense connections to lots of distant nodes

• Focus on the long tail: have more limited interactions with the greatest number of people and places

Harry Halpin and Kay Summer have both had longtime involvement in the movement of movements and some of its precursors. They earn their wages by doing scientific research, some of which involves trying to better understand network organisation. You can get in touch with the authors at harry@j12.org and kaysmmr@yahoo.co.uk.
Posted by Next Year Country