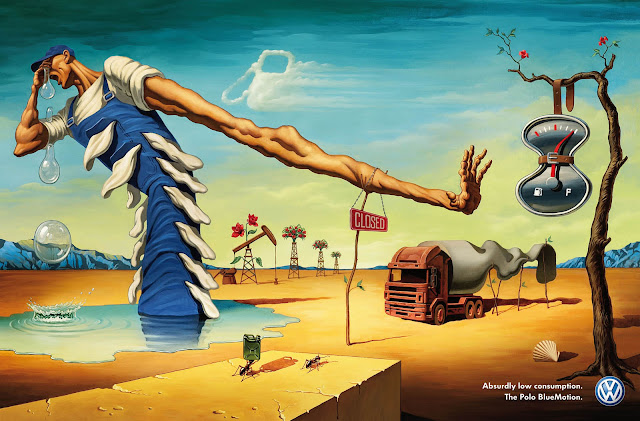 In 1966, Paul Baran and Paul Sweezy, U.S. Marxist economists, published the book Monopoly Capital: An Essay on the American Economic Order, in which they predicted that capitalism would suffer from economic crises not because of an inevitable trend toward falling profits, as Marx predicted, but from under-consumption, the inability of capitalists to sell all the goods the economy is geared to produce.

It was a brave thesis, not only because the authors must have known they would be the object of sharp criticism from more orthodox Marxists, and they were, but more importantly because they were writing at a time when the huge, prolonged and broad based post-war economic boom was still going strong.

For a long time, and especially in the 1990s when the economy benefitted from low unemployment and slow inflation and economic analysts were proclaiming a “new economy” where even recessions were banished, it appeared that Baran and Sweezy were just plain wrong. But the Great Recession of 2008 and its aftermath have vindicated the authors of Monopoly Capital.

The generalized prosperity – albeit not universal, as Michael Harrington pointed out in his 1960 classic The Other America, a reality of which members of minority groups were keenly aware – had created the largest middle class in history, elevating the incomes and consumption levels of manual workers in such unionized industries as auto and steel manufacturing to middle class levels.

The “American Century” promised of even better times as far as the eye could see. Yes, the conventional wisdom acknowledged that there still would be recessions, but short and mild ones because of the “automatic stabilizers” such as social security and welfare, and because economists had the right tools in the form of fiscal and economic policies to forestall deep crises.

It was in this context of rising wages, plentiful employment, and optimism about the future that Baran and Sweezy made their dire prognosis, one that for a long time seemed belied by the facts. To be sure, there were signs as far back as the early 1970s that the party might be starting to wind down. The enormous cost of the Vietnam War, not offset by any increase in taxes, along with other factors, such as the economic rise from the ashes of competitors such as Germany and Japan, began to unravel the U.S. economic miracle.

Rising inflation first, and the double whammy of “stagflation” (high unemployment and inflation) later, sapped the confidence of Americans. But the economy always seemed to bounce back, and brisk economic growth during the latter Reagan years and during most of the Clinton administration obscured the fact that these economic expansions were different; unlike the post-war spurt, the Reagan and Clinton economic surges were not broadly shared.

With the income of most Americans flat or barely rising, the consumer-driven U.S. economy avoided deep crises and continued to expand through mechanisms anticipated by Baran and Sweezy, such as increasing military spending and rising consumer and national debt and the economic impact of transformational new inventions.

But Baran and Sweezy also predicted such factors could not postpone crises forever. The day of reckoning has now come.

In a story published in The Washington Post on August 26 (“Consumer fears put economy on the brink”), Peter Whoriskey writes: “More than two years after the recession’s official end, people are driving their cars a year longer, holding back on jewelry and furniture, and swapping brand names for cheaper store brands at the supermarket. More ominously, the once sturdy optimism of Americans appears to have crumbled, according to one key measure.”

According to Whoriskey, the fact that “Americans are spooked,” threatens the return of recession. But the reality is that the recession triggered by the 2008 financial crisis never went away except by a very technical definition and the spin of the Obama administration. And, although psychology and consumer confidence are important, there are more material reasons many Americans are, and should be, spooked.

“Americans no longer believe they will make more money next year than this year, according to the University of Michigan’s Surveys of Consumers,” Whoriskey writes. This change in attitude is not merely a change in the psyche of Americans; it is based on reality. The real wages of the bottom 80 percent of earners has been flat for a long time. The massive entry of women into the labor force since the 1960s has both been a response to this fact and has helped minimize its impact on family consumption. But, at some point, when enough women work outside the home, that well, too, dries up. Enter credit. According to Whoriskey, “In the United States between 2000 and 2008, outstanding consumer credit and home mortgage debt rose rapidly, from 65 percent of gross domestic product to more than 90 percent. That ratio has since fallen to 85 percent, but it could take many years for households to reduce what they owe and feel free to spend again, economists say.”

But it is not just a matter of feeling free to spend again. As long as the price of their major asset, their houses, was rising fast every year, Americans could borrow against the equity in their home and continue to increase consumption as if their incomes were rising at the pace of the 1960s. But when the housing bubble burst and house prices came down precipitously, the opposite effect ensued. Tens of millions found themselves in a position in which there was no equity from which to borrow, including many who are “underwater” (they owe more on their house than it is currently worth in the market) and the millions who lost their homes to foreclosure.

Even if they have not been affected as drastically as unemployment or foreclosure, the huge army of American homeowners is poorer now. Very few workers have secure jobs, as the firings and cuts in salaries and benefits affecting teachers, police, and other government employees, who traditionally have held the safest jobs in the economy, shows. Job security in the private sector in the United States has always been iffy, and with the rise of outsourcing, globalization, and the 2008 crisis providing employers an excuse to let workers go, virtually nonexistent.

So, even those Americans who still have jobs, houses, and a little money to spend are acting rationally when they refrain from reaching into their pockets. When you see your fired former colleague and your friends down the street who lost their home, and you say “there but for the grace of God go I,” you tend to want to conserve your money given the fact that you to could easily be the next victim of the real “new economy.” But what is rational for an individual can be disastrous for an economy.

The new frugality has not affected everyone. Whoriskey reports that … “at Target, executives noticed a drop in confidence but not a uniform one. Customers in the higher income levels, they said, “have been willing to spend more on clothes and on home furnishings from brands such as Fieldcrest Luxury and Smith & Hawken.”

“Wealthy households continue to be the most optimistic,” Kathy Tesija, Target’s chief merchandising officer, said in a conference call last week. “Across all of retail, the 20 percent of households with the highest incomes are shopping more often and spending more.” The other 80 percent? They’ve “been cutting [shopping] trips and spending less,” added Tesija.

The situation is dire enough that it calls for massive government intervention in the economy to spend more money, create many new jobs, and redistribute income and wealth downward. But exactly the opposite is happening because dogmatic Republicans have imposed, among those within their ranks and far outside, fiscal austerity and small government as sacred dogma.

Even President Obama has drunk some of the poisoned Kool Aid, declaring that the government must balance its budget like any family. That’s a dangerous fallacy and a colossal ideological concession to the Republicans.

They may think they have played a neat trick on Barack Obama by doing everything within their power to prevent economic recovery thereby severely damaging the president’s reelection hopes. But in the process they are also playing a real mean trick on the American people. And, should the Republicans win in 2012, they will have to manage the wreckage of the economy. More important than whether the GOP lives to regret its actions is the prospect of the suffering of tens of millions of Americans far into the future.
Posted by Next Year Country

Email ThisBlogThis!Share to TwitterShare to FacebookShare to Pinterest
Labels: consumerism, Marxism and Theory