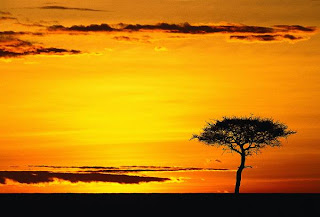 JOHANNESBURG — South Africa's preparations to host the next major round of climate talks have met with scepticism from activists critical of what they say is the country's lack of leadership on environmental issues.

The high-level meeting of the UN Framework Convention on Climate Change, scheduled for November 28 to December 9 in the eastern port city of Durban, is seen as the last chance to renew the Kyoto Protocol, the only international agreement with binding targets for cutting greenhouse gases.

But environmentalists have voiced concern that South African organisers are not doing enough to lay the groundwork for an ambitious conference that will make hard commitments on climate change and raise the cash to achieve them.

"In terms of preparation, in terms of setting the agenda and setting the level of ambition and so on, we still do not have as much clarity as there should be," the international head of Greenpeace, South African activist Kumi Naidoo, told AFP.

"How are the preparations going? Not in an inspiring manner," said Richard Worthington, head of the climate programme at World Wildlife Fund (WWF) South Africa.

"From a diplomatic, preparing-the-ground point of view, we would like to see efforts stepped up significantly. Things have been slow getting going. It's not too late to come right, but time is running out."

There are rumours on the ground that preparations for the talks have been bogged down by infighting between the foreign and environment ministries over which is responsible for what.

"It's a mess. The ministers are fighting, and we don't even have a website. We are not communicating enough," a government source told the weekly Mail & Guardian newspaper.

The ministers denied those reports, saying they were working well together and had clearly delineated portfolios: foreign minister Maite Nkoana-Mashabane is organising the talks, and environment minister Edna Molewa is heading up South Africa's delegation.

"In South African vocabulary, there is no such thing as a turf war," Nkoana-Mashabane told journalists at a briefing on the preparations, which the ministers both said were going well.

The United Nations has also given a vote of confidence, with UN conference coordinator Salwa Dallalah telling reporters in Durban: "We are moving very well and we are on target."

South Africa also faces the challenge of reduced global expectations for what can come out of the talks.

Japan, Canada and Russia have all rejected a new round of carbon-cutting commitments. The world's top two polluters, China and the United States, never signed Kyoto at all.

And the United States and the European Union have already said there is zero chance of reaching a binding emissions deal in Durban.

"I think it would be fair to say that the prospects for even a reasonable outcome are not looking good right now," said the WWF's Worthington.

South Africa only bears a portion of the blame as hosts, he added, praising Pretoria for pushing internationally for what he called "a progressive outcome relative to the prospects".

The larger problem, he said, is that "political will internationally is sorely lacking."

But South Africa, which relies on coal for more than 90 percent of its electricity and is currently building two massive new coal-fired power plants, has also been criticised for a lack of leadership on climate issues.

"There is a disconnect between the role we've played in (climate) negotiations, on the one hand, and what we are doing domestically," said Greenpeace's Naidoo.

"We are still clinging onto our addiction to fossil fuels."
Posted by Next Year Country