Aliens may destroy humanity to protect other civilisations, say scientists

Rising greenhouse emissions may tip off aliens that we are a rapidly expanding threat, warns a report for Nasa
Ian Sample
guardian.co.uk
Thursday 18 August 2011
Read reaction to this article - Right Wing Freaks Out About Aliens 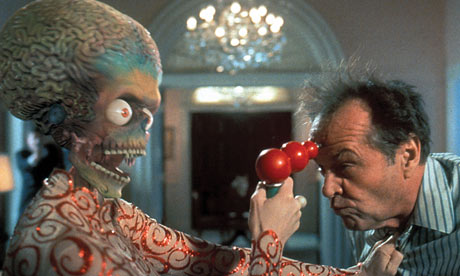 When they see what a mess we've made of our planet, aliens may be forced to take drastic action. Photograph: PR
It may not rank as the most compelling reason to curb greenhouse gases, but reducing our emissions might just save humanity from a pre-emptive alien attack, scientists claim.

Watching from afar, extraterrestrial beings might view changes in Earth's atmosphere as symptomatic of a civilisation growing out of control – and take drastic action to keep us from becoming a more serious threat, the researchers explain.

This highly speculative scenario is one of several described by scientists at Nasa and Pennsylvania State University that, while considered unlikely, they say could play out were humans and alien life to make contact at some point in the future.

Shawn Domagal-Goldman of Nasa's Planetary Science Division and his colleagues compiled a list of plausible outcomes that could unfold in the aftermath of a close encounter, to help humanity "prepare for actual contact".

In their report, Would Contact with Extraterrestrials Benefit or Harm Humanity? A Scenario Analysis, the researchers divide alien contacts into three broad categories: beneficial, neutral or harmful.

Beneficial encounters ranged from the mere detection of extraterrestrial intelligence (ETI), for example through the interception of alien broadcasts, to contact with cooperative organisms that help us advance our knowledge and solve global problems such as hunger, poverty and disease.

Another beneficial outcome the authors entertain sees humanity triumph over a more powerful alien aggressor, or even being saved by a second group of ETs. "In these scenarios, humanity benefits not only from the major moral victory of having defeated a daunting rival, but also from the opportunity to reverse-engineer ETI technology," the authors write. 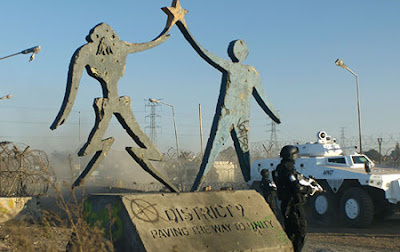 Other kinds of close encounter may be less rewarding and leave much of human society feeling indifferent towards alien life. The extraterrestrials may be too different from us to communicate with usefully. They might invite humanity to join the "Galactic Club" only for the entry requirements to be too bureaucratic and tedious for humans to bother with. They could even become a nuisance, like the stranded, prawn-like creatures that are kept in a refugee camp in the 2009 South African movie, District 9, the report explains.

The most unappealing outcomes would arise if extraterrestrials caused harm to humanity, even if by accident. While aliens may arrive to eat, enslave or attack us, the report adds that people might also suffer from being physically crushed or by contracting diseases carried by the visitors. In especially unfortunate incidents, humanity could be wiped out when a more advanced civilisation accidentally unleashes an unfriendly artificial intelligence, or performs a catastrophic physics experiment that renders a portion of the galaxy uninhabitable.

To bolster humanity's chances of survival, the researchers call for caution in sending signals into space, and in particular warn against broadcasting information about our biological make-up, which could be used to manufacture weapons that target humans. Instead, any contact with ETs should be limited to mathematical discourse "until we have a better idea of the type of ETI we are dealing with."

The authors warn that extraterrestrials may be wary of civilisations that expand very rapidly, as these may be prone to destroy other life as they grow, just as humans have pushed species to extinction on Earth. In the most extreme scenario, aliens might choose to destroy humanity to protect other civilisations.

"A preemptive strike would be particularly likely in the early phases of our expansion because a civilisation may become increasingly difficult to destroy as it continues to expand. Humanity may just now be entering the period in which its rapid civilisational expansion could be detected by an ETI because our expansion is changing the composition of the Earth's atmosphere, via greenhouse gas emissions," the report states. 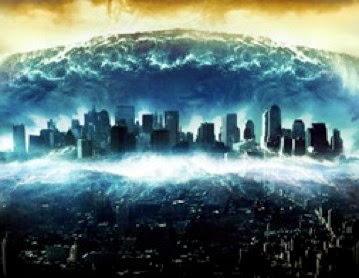 "Green" aliens might object to the environmental damage humans have caused on Earth and wipe us out to save the planet. "These scenarios give us reason to limit our growth and reduce our impact on global ecosystems. It would be particularly important for us to limit our emissions of greenhouse gases, since atmospheric composition can be observed from other planets," the authors write.

Even if we never make contact with extraterrestrials, the report argues that considering the potential scenarios may help to plot the future path of human civilisation, avoid collapse and achieve long-term survival.
Posted by Next Year Country