The UN Is Aiding a Corporate Takeover of Drinking Water 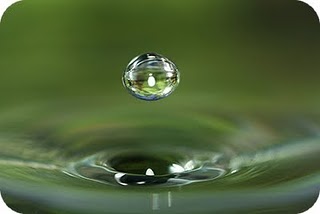 But there's darker data beneath that sunny marketing: The CEO Water Mandate has been heavily hammered by the Sierra Club, the Polaris Institute and more for exerting undemocratic corporate control over water resources under the banner of the United Nations. It even won a Public Eye Award for flagrant greenwashing from the Swiss non-governmental organization Berne Declaration. Meet the new boss, same as the old boss.

"There is no admission of problems with the Water Mandate, or the United Nations Global Compact itself" -- the strategic policy initiative committed to human rights, labor and the environment -- Blue Gold and Blue Covenant author and activist Maude Barlow, who also chairs the National Council of Canadians and Food & Water Watch, explained to AlterNet. "These initiatives continue to flourish, not least because the most powerful member states of the United Nations are fully behind them. This also means that the United Nations is not funded fully. Programs and agencies often rely on private sponsorship to function, and are often barely getting their core administrative budgets funded."

Another major problem is that routinely compromised and controversial institutions like World Bank, International Monetary Fund and regional development banks in general are in control of the United Nations' biggest projects. In April, the World Bank assumed control of the United Nations Climate Conference's new $100 billion Green Fund, which is the opposite of a comforting proposition, considering the World Bank's repeatedly noxious financing of oil and coal projects.

"That gives control of billions of dollars to those who have been the most ardent promoters of water privatization," added Barlow, whose foreword for the Council of Canadians' recently damning report on private sector influence over the United Nations argued that the planet is on the verge of a water crisis of terrifying proportions. "We're also seeing the IMF forcing indebted nations to sell off public assets, including water systems, as a condition of receiving financial support. The whole system is rigged for these corporations, and they still are losing contracts, not meeting their obligations and watching as remunicipalization moves forward in France and other core markets."

That kind of illogical corporate performance would logically lead to less control, not more. But the United Nations continues to hand over the reins to multinationals like its new cosigner Merck, which has repeatedly settled in court over everything from carcinogenic pollution to deceptive marketing. Despite the fact that the United Nations' own Joint Inspection Unit stated in a 2010 report that the Global Compact's corporate partnerships were an unregulated mess.

"The lack of a clear and articulated mandate has resulted in blurred focus and impact," the report stated. "The absence of adequate entry criteria and an effective monitoring system to measure actual implementation of the principles by participants has drawn some criticism and reputational risk for the Organization, and the Office’s special set up has countered existing rules and procedures. Ten years after its creation, despite the intense activity carried out by the Office and the increasing resources received, results are mixed and risks unmitigated."

The report suggested that not only was a clearer mandate from Member States required to "rethink and refocus" the Compact's corporate partnerships, but that the United Nations' General Assembly must better direct the Secretary-General to delineate the Compact's overall functions "in order to prevent a situation whereby any external group or actor(s) may divert attention from the strategic goals agreed to promote interests which may damage the reputation of the United Nations." The short version? It's not working, and won't work in its current form for the foreseeable future.

But the United Nations' own advice to itself has evidently fallen mostly on deaf ears.

"Unfortunately, the United Nations appears to be embracing more and more partnerships with the corporate sector across the board," Corporate Accountability International campaign director Gigi Kellett told AlterNet. "Civil society has been raising concerns about this flawed approach for over 10 years. There are strong voices within the United Nations, including some Member states, who are questioning the partnership paradigm adopted by the UN and calling for more transparency and accountability."

But they are voices in the wilderness without the concerted support of a motivated public, as well as the usual civil society champions who make stopping this strain of corporate abuse their life's work. Power truly respects only one thing, and that is equally exercised power. And the public is fully empowered to make all the change it wants, provided it can unplug itself from distracting sex scandals and mainstream media marketing primarily designed to nurture its collective complacency.

"Corporations rely on people's tacit support and willingness to look the other way when they engage in conduct that harms people or the environment and undermines democratic governance and decision-making," Kellett said. "When people come together in coordinated fashion and withhold their support from a corporation, that relationship is turned on its head. Boycotts are one powerful way that individuals can withhold their support, but there are range of other strategies. When activists come together and raise questions about a corporation's actions and tie them to its brand and image, the resulting media exposure can greatly impact how the corporation is perceived by consumers, investors or even government regulators."

But how do you boycott a multinational that controls your water supply? Can you shame a mammoth corporation into abdicating control over a lucrative commodity that should instead be regarded as a universal human right? Talk about your Sisyphean tasks.

"Boycotts are much more difficult with water than a product like Coke," said Barlow. "There are no substitutes for water, and when these corporations are given monopoly power over water systems, boycotts are very unrealistic. Suez, Veolia and others are very concerned about their corporate image, but there is no effective means to hurt them financially except to end or block the contracts before they are signed. Boycotts have been very effective as public awareness campaigns, but citizens need to apply pressure on their governments as the first step in stopping the proliferation of voluntary initiatives."

Demanding regulation of the private sector's products -- from water and natural resource commodification to inscrutable financial instruments and beyond -- as well as the public's political electives appears to be the paramount first principle. Because the problem is getting worse and going nowhere, especially now that our dystopian climate crisis has permanently disrupted business, and existence, as usual. From escalating warming and extreme weather to destabilized nations and environments, Earth is already precariously balanced on the tipping point. And giving profit-minded corporations voluntary control over their power and procedures is a 20th century anachronism best left behind.

"We have not proven to have what it takes to deal with the climate crisis," argued Barlow, "and this is because it is all seen as a giant political and financial game, rather than the best and only chance to head off a catastrophe like we have never before imagined. Climate change is upon us, but we will never admit it fully, nor invest in stopping it, if our governments continue to represent corporate interests above others. It is up to us to challenge our states, and make sure they know we are engaged and aware."

Scott Thill runs the online mag Morphizm.com. His writing has appeared on Salon, XLR8R, All Music Guide, Wired and others.
Posted by Next Year Country