Rifts and Shifts: Getting to the Root of Environmental Crises 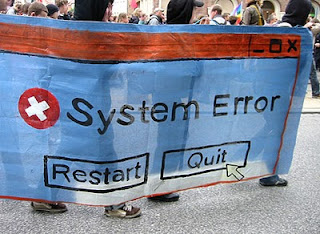 Humans depend on functioning ecosystems to sustain themselves, and their actions affect those same ecosystems. As a result, there is a necessary “metabolic interaction” between humans and the earth, which influences both natural and social history. Increasingly, the state of nature is being defined by the operations of the capitalist system, as anthropogenic forces are altering the global environment on a scale that is unprecedented.

The global climate is rapidly changing due to the burning of fossil fuels and deforestation. No area of the world’s ocean is unaffected by human influence, as the accumulation of carbon, fertilizer runoff, and overfishing undermine biodiversity and the natural services that it provides.

The Millennium Ecosystem Assessment documents how over two-thirds of the world’s ecosystems are overexploited and polluted. Environmental problems are increasingly interrelated. James Hansen, the leading climatologist in the United States, warns that we are dangerously close to pushing the planet past its tipping point, setting off cascading environmental problems that will radically alter the conditions of nature.