Capitalism and the Environment: An Interview with Chris Williams 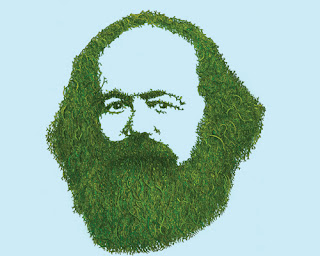 Chris Williams is a long-time environmental activist and author of "Ecology and Socialism: Solutions to Capitalist Ecological Crisis." He is a chemistry and physics professor at Pace University, and chairperson of the Packer Collegiate Institute science department.

CHRIS WILLIAMS: I think Americans should definitely be concerned about the nuclear power plants that exist in this country, all 104 of them. There have been several reports out recently, since the spotlight has been shown on the murky and obscure world of nuclear power and nuclear power regulation. I don't know if you're familiar with the Associated Press reports that came out recently saying that three-quarters of plants have leaked radioactive tritium, some of which has been accompanied by longer-lived isotopes, such as caesium 137.

There have been a whole number of fires. There are many plants that are not up to standard in terms of being subjected to large earthquakes. The San Onofre plant in California is built on the beach, for example. The nuclear plant at Indian Point, just 30 miles north of New York City, is on two earthquake fault lines and has had leaks and so on and so forth. The nuclear power plant in Nebraska, Fort Calhoun, is practically underwater. Any time that they're putting sandbags up to protect a nuclear power plant—it's kind of problematic (laughs).

So it's not just a question of a catastrophic accident. We've already had one of those, Three Mile Island in 1979. It's just the daily operation of nuclear power plants that make them inherently unsafe, not to mention extremely expensive.

JH: The Center for Biological Diversity has said the Obama administration has been as secretive regarding meetings with oil industry lobbyists as the Bush administration was. What's your take?

CW: The British government was recently found out to be colluding with the nuclear industry to play down the effects of Fukushima through freedom of information requests. If the British government it, I find it hard to believe the American government are not doing similar things. We all know about the secret meetings that were led by Dick Cheney when he set up his energy policy group. T. Boone Pickens, multibillionaire, who's advocating for massive expansion of natural gas, has written a bill that he wants to present, to dictate the energy policies of the country. Ted Turner, another billionaire obviously, has done something similar, advocating natural gas expansion. There are some people who clearly have the ear of politicians much more than ordinary people. We don't get any say over what our policy should be. Most people are against nuclear power, and yet they want to expand it regardless. Whether there were secret meetings or not, dictated by the corporations, these people meet all the time.

JH: The American Association of the Advancement of Science, the world's largest general scientific society, recently released a statement condemning the harassment of climate researchers by conservative groups. What's the motivation behind these attacks?

CW: I think that it follows the tried and true method of shooting the messenger in order to discredit the message. It's been done numerous times before. But it's very difficult when the overwhelming majority of climate scientists agree on two things. One, that climate is warming and changing quite radically. Secondly, the cause of that is overwhelmingly human activity, specifically the burning of fossil fuels. The only thing (corporations) can now do is fund climate denial the same that they funded studies to show cancer wasn't caused by smoking cigarettes.

JH: So is it just a stalling mechanism?

CW: The United States' infrastructure, because of when it was mostly developed, is all centered around the automobile. The layout of cities and so on, unlike other developed countries — which developed earlier, not around cars — is predicated on cheap gasoline, with far less public transport provision. That's why it's been one of the most intransigent in all of the international climate change negotiations. While on the other hand, Europe can see that it can obtain an economic advantage by pressing things more. Not because they are a more far-sighted set of capitalists or anything. But they can see a competitive edge where they're better able to adapt their industry, to be less carbon intensive than the United States is.

JH: In the midst of a recession, carbon emissions reached the highest level in history last year, according to the International Energy Agency. What will it take in a systemic sense to avoid global climate meltdown?

CW: We are really reaching a critical period. Nobody knows whether we're about to reach it. Or maybe, possibly, we already have reached it. But we certainly need to make some significant changes in the next ten years or so, radically reduce the amount of CO2 and other greenhouse gases going into the atmosphere. Most scientists, as you probably know, see 350 parts-per-million of carbon dioxide in the atmosphere as the maximum allowable amount before we start losing control of our ability to moderate climate change. And we're already at 390. So we're over and above what most scientists will say is safe. We're already locked into a certain amount of global warming. There's nothing we can any longer do about that. But we need to reduce things back down.

So what are the possibilities for doing that? On one hand, I think the possibilities are immense. This is not really a technical issue at all. This is purely a social and political issue. The amount of just solar energy coming down onto this planet each day is 10,000 times more than we use globally. So we only have to harness a tiny fraction of one percent of what's available to power the planet. I'm not saying we'd go just solar. But it gives you an indication. Similar things have been shown for wind, geothermal and so on.

CW: I believe so very strongly. I'll give three reasons for that. Number one, capitalism is based on constant expansion. Whatever it's producing today has to be exceeded tomorrow. The inner logic of competition and profit-driven growth dictate that if any world economy is not growing at 2-3 percent a year — then what happens? Well, we see today. The whole economy goes into a spiral of layoffs, unemployment and cuts to social services. So built into the way the system operates is this expansion. Which means that energy use, waste streams, material inputs, all have to keep increasing too.
Then the fact that it is based on profit means that they don't just make things that we might need. They make things based on what will make the most amount of money in the shortest amount of time. So that means we get all kinds of useless crap produced, that we don't really need. But they convince us that we do need (it) through huge and extremely wasteful advertising and marketing budgets.

I think the third thing is connected to those in terms of capitalism being inherently short term. It's impossible to have a long-term outlook, which is exactly the outlook that we need right now. Because they need to compete against each other on a daily basis by lowering their costs, by paying their workers less, by disregarding the environment.
Posted by Next Year Country