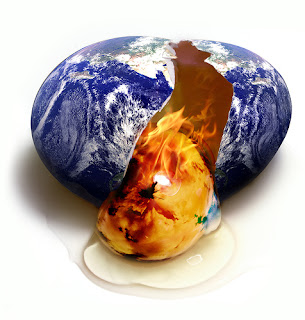 When contemplating whether humans can successfully adapt to climate change, it is worth noting that at least twice in the last 1.2 million years our species was almost wiped out. Genetic research confirms that 1.2 million years ago the human population on Earth was around 18,500, perilously close to extinction. The reason for this low number is not directly known. Then about 150,000 years ago, it plummeted again down to just 2,000, probably due to climate change.

Humans are remarkably adaptable creatures as is evidenced by the fact that they live on every part of the globe, from the steamiest jungle to the coldest tundra. But this nearly universal range (on land) does not now mean that we have become immune to shocks that almost wiped us out twice in the time we have roamed the planet.

How can the world's most dominant and successful species be threatened now? Our numbers are far greater than ever before--close to 7 billion. Our technology allows us to appropriate the lion's share of the world's renewable and nonrenewable resources for our use. Won't we be able to use our prowess to meet any challenges that a changed climate can throw at us?

To answer that question it is worth it for a moment to step back and view not just the Earth, but our solar system. Earth, it seems, formed in what has been called the Goldilocks Zone where the temperature is just right to allow water to exist in liquid form on the planet's surface.

As it turns out, that's just one of the countless features of the environment to which we humans are adapted, features that make our planet unique within the solar system and signal that Earthlike conditions are probably very rare in the universe. So numerous and complex are those conditions that attempts to mimic them artificially for long periods have failed. Perhaps the most famous among these attempts was Biosphere 2, which yielded compelling data about just how difficult maintaining a sealed, habitable environment for humans could be. Alas, science fiction depictions of human adventures in outer space lasting indefinitely seem premature at best and probably unachievable. Moreover, experiments such as Biosphere 2 cast doubt on whether humans could successfully geoengineer Earth's climate to mitigate climate change.

But perhaps we can just use more mundane measures to adapt to climate change such as seawalls for threatened coastal areas; new strains of crops that withstand drought better; and improved water purification and desalination (to address water supply disruption). In fact, one adaptationist suggested that our increased wealth from global economic growth in the future would enable us to adapt to climate change much better than we could today. He forgot, however, to mention the immense damage to the economy that that same climate change might do, thus reducing the resources at our disposal to address climate change rather than enhancing them. The ability to understand the complex interactions and dependencies between the modern economy and the biosphere seems to elude some of the presumed experts in the economics of climate change. 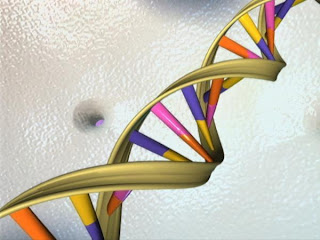 There is one exceedingly critical problem with the adaptationists' arguments. The adaptationists' view depends heavily on the notion that climate change is linear, that is, that the slow and gradual changes we've seen in temperature to date will be the pattern for the future. First, they cannot know this with any certainty. Second, nonlinear changes are already showing up in the scientific observations. The rate of melting of Greenland's vast ice sheet has picked up enormously in the last decade. In addition, the rate of increase in carbon dioxide in the atmosphere has suddenly jumped in the same period from 1.5 ppm per year to 2.1 ppm per year. If climate change accelerates abruptly, then the notion that humans will be faced with adapting to gradual changes over time must be questioned.

Finally, the complex global human-built systems we have created to facilitate our way of life may not be robust in the face of climate change. Complex systems in nature have had hundreds of thousands and even millions of years of vetting. Our systems are relatively new, many only a few decades old. How they would perform in the face of dramatic shifts in climate is a huge question mark. It is well to remember that by definition there are many more things that can go wrong with complex systems than simple ones. In short, complex systems tend to be more fragile. Mounting problems with our food and water supply systems are now demonstrating this fact on a daily basis.

This leads me to two conclusions. First, it is best not to tinker with the complex system we call our climate. We still understand it poorly. Our foolish and dangerous interventions into the climate system through vast emissions of carbon dioxide as well as emissions of other greenhouse gases such as methane and nitrous oxide are likely to set us up for major disruptions. Second, the best approach when dealing with complex natural life support systems is to leave them alone. This implies the need for a rapid decline in emissions of greenhouse gases.

The idea that we can adapt successfully to climate change and therefore take few or no measures to prevent it is a dangerously arrogant notion that could once again put our species on a path to a radical reduction in numbers (and possibly even extinction). To say that this can't happen can only be put down to ignorance. It has happened before, and it can happen again.
Posted by Next Year Country