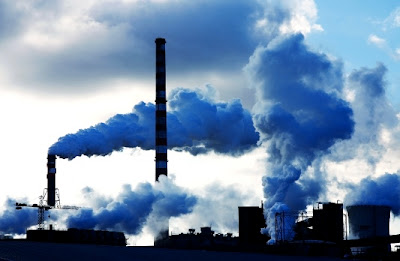 Emissions trading is the European Union’s flagship measure for tackling climate change, and it is failing badly. In theory it provides a cheap and efficient means to limit greenhouse gas reductions within an ever-tightening cap, but in practice it has rewarded major polluters with windfall profits, while undermining efforts to reduce pollution and achieve a more equitable and sustainable economy. The third phase of the scheme, beginning in 2013, is supposed to rectify the “teething problems” that have led to the failures to date.

This joint briefing from Carbon Trade Watch and Corporate Europe Observatory shows that:

- The EU Emissions Trading System (ETS) has failed to reduce emissions. Companies have consistently received generous allocations of permits to pollute, meaning they have no obligation to cut their carbon dioxide emissions. A surplus of around 970 million of these allowances from the second phase of the scheme (2008-2012), which can be used in the third phase, means that polluters need take no action domestically until 2017. Proposals to curtail this surplus were discussed in the context of the EU’s 2050 Roadmap, but have been watered down in response to lobbying from energy-intensive industries.

- Companies can use 1.6 billion offset credits in phases ll and lll, mostly derived from the UN's Clean Development Mechanism (CDM). Over 80 per coent of the offsets used to date come from industrial gas projects, which EU Climate Action Commissioner Connie Hedegaard admits have a "total lack of environmental integrity". The Commission delayed a ban in the use of these industrial gas offsets to April 2013 in response to lobbying from the International Emissions Trading Association (IETA) and others.

- The ETS is a subsidy scheme for polluters, with the allocation of permits to pollute more closely reflecting competition policy than environmental concerns. Power companies gained windfallprofits estimated at €19 billion in phase l, and look set to rake in up to €71 billion in phase ll. Subsidies to energy-intensive industry through the two phases could amount to a further €20 billion. This has mostly resulted in higher shareholder dividends, with very little of the windfall invested in transformational energy infrastructure.

- The third phase of the ETS will still see significant subsidies paid to industry, despite the auctioning of permits in the power sector. Industry lobbying has resulted in over three quarters of manufacturing receiving free permits, which could yield at least €7 billion in windfall revenues annually. Energy companies successfully lobbied for an estimated €4.8 billion in subsidies for carbon capture and storage (CCS), with a smaller amount for "clean" energy that includes agrofuels. In addition, the Commission is undertaking a review of its "state aid" rules which could see the granting of direct financial subsidies to companies claiming that the ETS damages their competitiveness.

- The allocation of permits according to performance “benchmarks” was supposed to encourage a fairer and more efficient division of responsibility for emissions reductions in energy-intensive sectors such as cement, steel, paper and glass. But industry has been allowed to influence the benchmarking. For example, CEMBUREAU (the cement industry lobby) was instrumental in choosing what to measure (“clinker” not cement) and how to measure it. The final agreement saw the adoption of a lax standard that was initially proposed by CEMBUREAU. This will result in a surplus of pollution permits for the cement sector, allocated in a way that rewards the continued use of dirty and outdated production methods.

-Aviation will be included in the scheme from 2012. The sector will receive 85 per cent of permits for free, and the projected carbon cost is far lower than the equivalent tax breaks for aviation fuel. Inclusion in the ETS applies only to CO2 emissions, which obscures the greater impact of contrails and other gases.

Put simply, the third phase of the ETS will continue the same basic pattern of subsidising polluters and helping them to avoid meaningful action to reduce greenhouse gas emissions.

Email ThisBlogThis!Share to TwitterShare to FacebookShare to Pinterest
Labels: Cap and trade