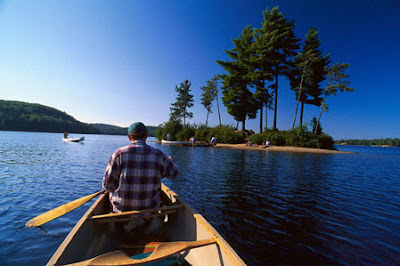 Ottawa – The record-setting $130-million NAFTA settlement with AbitibiBowater has effectively privatized Canada's water by allowing foreign investors to assert a proprietary claim to water permits and even water in its natural state, says trade lawyer and Council of Canadians board member Steven Shrybman, in a presentation to Parliament today.

"It would be difficult to overstate the consequences of such a profound transformation of the right Canadian governments have always had to own and control public natural resources," says Mr. Shrybman in his presentation to the Standing Committee on International Trade, which is studying the AbitibiBowater NAFTA settlement from last August.


"Moreover, by recognizing water as private property, the government has gone much further than any international arbitral tribunal has dared to go in recognizing a commercial claim to natural water resources."

In 2008, AbitibiBowater, a Canadian firm registered in the United States, closed its pulp and paper mill in Grand Falls-Windsor, NL. The company asserted rights to sell its assets, including certain timber harvesting licenses and water use permits. These permits were contingent on production. More importantly, under Canada's constitution they are a public trust owned by the Province, not by private firms. So the Newfoundland government moved to re-appropriate them as it has a right to do under Canadian law. AbitibiBowater sidestepped the courts to challenge the Newfoundland government.

"The case clearly put the concept of water as a public trust on a direct collision course with treaty-based corporate and commercial rights. However, rather than defend public ownership and control of water, the federal government has agreed to settle AbitibiBowater's claim," says Mr. Shrybman. "By stipulating that the payment of compensation is on account of rights and assets, the government of Canada has explicitly acknowledged an obligation to compensate AbitibiBowater for claims relating to water taking permits and forest harvesting licenses."

By settling with the company rather than challenging its case, we have no response from the federal government to refute the company's proprietary claims to water and timber rights, explains Mr. Shrybman. The settlement also fails to identify the particular rights for which compensation will be paid, and makes no attempt to exclude any of the company's claims, "thereby acknowledging the validity of the claims."

"Moreover, by recognizing a proprietary claim to water taking and forest harvesting rights, Canada has gone much further than any international tribunal established under NAFTA rules, or to our knowledge, under the rules of other international investment treaties," he says.

A statement by the government that the settlement shall not set a precedent is "entirely ineffective," because of NAFTA's National Treatment clause which grants foreign companies treatment no less favourable than national companies in like circumstances. 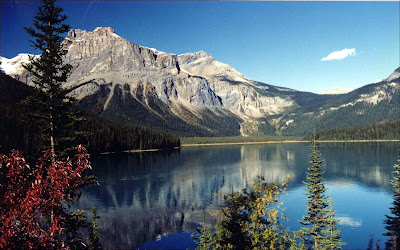 "It is not therefore an overstatement to describe the consequences of this settlement as effectively representing a coup-de-grace for public ownership and control of water and other natural resources with respect to which some license or permit had been granted."

Shrybman suggests water takings by tar sands operations in Alberta, a golf course in Ontario or a water bottling plant in Quebec are other examples of where even a partial recovery of water rights by the provinces could detrimentally affect business. If any of these companies were foreign owned they could claim compensation on the same terms granted AbitibiBowater.

The Council of Canadians strongly believes there is no place in existing or future trade agreements for such overstretching investment protections. It has repeatedly called on the federal government to reopen NAFTA to remove the investor-to-state dispute process. The Council also recently joined several other Canadian organizations in writing to all members of the European Parliament urging them to reject the inclusion of NAFTA-like investment protections in the Canada-EU Comprehensive Economic and Trade Agreement (CETA), which could be signed by the end of the year.
Posted by Next Year Country

Email ThisBlogThis!Share to TwitterShare to FacebookShare to Pinterest
Labels: Trade and REDD