“Even an entire society, a nation, or all simultaneously existing societies taken together, are not owners of the earth. They are simply its possessors, its beneficiaries, and have to bequeath it in an improved state to succeeding generations.”
By Simon Butler
Green Left Weekly
February 21, 2009 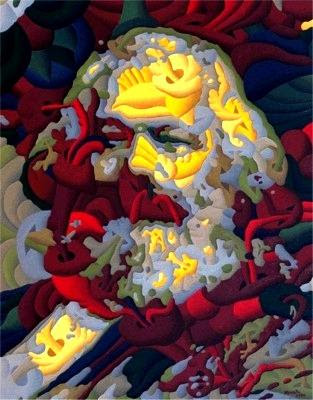 As the world economy spirals down into its deepest crisis since the great depression, the writings of Karl Marx have made a return to the top seller lists in bookstores. In his native Germany, the sales of Marx’s works have trebled.

His theories have been treated with contempt by conservative economists and historians. Yet, in the context of the latest economic downturn, even a few mainstream economists have been compelled to ask whether Marx was right after all.

Marx argued that capitalism is inherently unstable, fraught with contradictions and prone to deep crises.

Exploitation, war, hunger and poverty were not problems that could be solved by the market system, he said. Rather, they were inescapable outcomes of the system itself. This is because capitalism is dominated by the wealthiest corporations and devoted to profit above all else.
Only a move to a democratic socialist society, where ordinary people are empowered to make the key decisions about the economy and society themselves, can open the path to genuine freedom and liberation.

Famous for their critique of capitalism and for advocating social revolution, Marx and his co-thinker Frederick Engels are far less known for their concern for the destruction of the environment and the need for sustainability.

Taken together, their views on the relationship between human society and the environment rank them among the most advanced environmentalists of their day.

According to Marx, capitalism is an economic system profoundly at odds with a sustainable planet. The exploitation of nature is as fundamental to the profit system, he argued, as the exploitation of working people.

He was scathing of the capitalist economic notion that the air, rivers, seas and soil can be treated as a “free gift of nature” to business.

“Even an entire society, a nation, or all simultaneously existing societies taken together, are not owners of the earth. They are simply its possessors, its beneficiaries, and have to bequeath it in an improved state to succeeding generations.”

The market system is incapable of preserving the environment for future generations because it cannot take into account the long-term requirements of people and planet. The competition between individual enterprises and industries to make a profitable return on their investment tends to exclude rational and sustainable planning.

Engels explained this destructive dynamic: “As individual capitalists are engaged in production and exchange for the sake of the immediate profit, only the nearest, most immediate results must first be taken into account.

“As long as the individual manufacturer or merchant sells a manufactured or purchased commodity with the usual coveted profit, he is satisfied and does not concern himself with what afterwards becomes of the commodity and its purchasers.

“The same thing applies to the natural effects of the same actions.”

In Marx and Engels’s time, this feature of capitalism was especially apparent in farming and agriculture.

“The way that the cultivation of particular crops depends on fluctuations in market prices and the constant changes in cultivation with these price fluctuations — the entire spirit of capitalist production, which is oriented towards the most immediate monetary profits — stands in contradiction to agriculture, which has to concern itself with the whole gamut of permanent conditions of life required by the chain of human generations”, Marx wrote.

Capitalist farming is unsustainable because it inevitably starves the soil of nutrients. It is nothing less than “an art, not only of robbing the labourer, but of robbing the soil”.

Furthermore, Marx held that “all progress in increasing the fertility of the soil for a given time is a progress towards ruining the more long-lasting sources of that fertility. The more a country starts its development on the foundations of modern industry, like the United States, for example, the more rapid is this process of destruction.

“Capitalist production, therefore, develops technology … only by sapping the original sources of all wealth — the soil and the worker.”

Marx and Engels understood the Earth’s ecosystem as dynamic and complex — an intricate, delicately balanced process of interacting components where any changes that occur feed back with new, and often unpredictable, effects.

We disrupt the natural ecosystem at our peril, Engels warned. “Let us not, however, flatter ourselves overmuch on account of our human victories over nature. For each victory nature takes its revenge on us.

“Each victory, it is true, in the first place brings about the results we expected, but in the second and third places it has quite different, unforeseen effects which only too often cancel out the first.”

Many times Marx described the normal interaction between human society and the natural world as a kind of “metabolism”. Capitalist production creates a “metabolic rift” — a sharp break in the relationship — between humanity and the Earth.

The environmental results of this deepening rift have proved devastating.

“The development of civilisation and industry in general has always shown itself so active in the destruction of forests that everything that has been done for their conservation and production is completely insignificant in comparison”, Marx pointed out.

Engels added: “At every step we are reminded that we by no means rule over nature like a conqueror over a foreign people, like someone standing outside of nature.” On the other hand, “we have the advantage of all other creatures of being able to learn its laws and apply them correctly.” That is, we can organise society in step with nature’s limits.

Marx and Engels held that socialism aimed to end class exploitation and also re-establish the “metabolism” between people and the Earth.

This is impossible unless the profit motive is removed from determining production in human society and a system of participatory democracy and rational planning is built in its stead.

Engels argued that only the working people organised as “associated producers” can “govern the human metabolism with nature in a rational way”. This “requires something more than mere knowledge. It requires a complete revolution in our hitherto existing mode of production, and simultaneously a revolution in our whole contemporary social order.”

Today, with climate change threatening life itself, the ecological contradictions of capitalism have reached truly dire proportions. The environmental crisis will undoubtedly play a far larger role in the demise of the system than Marx and Engels realised 150 years ago.

Along with their contribution to ecology, another neglected fact about Marx and Engels is that they were not merely political theorists or philosophers — they were also dedicated activists who participated in the revolutionary movements of their day.

They insisted that theory must be made “real” — it must be enriched and developed through revolutionary practice — to have any real significance.

Marx reached this conclusion in 1845 when he was still very young. “The philosophers have only interpreted the world in various ways”, he wrote. “The point, however, is to change it.”
Posted by Next Year Country