The case for an electric car industry in Canada? 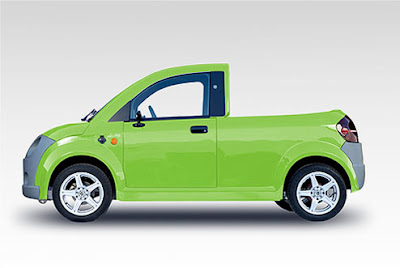 Over the past two years a serious buzz has built over the electric car. The high-profile marketing and release of the Chevy Volt and the Nissan Leaf in the United States has prompted much of this attention while the mainstream press in Canada and the United States has been scrutinizing these products in reports and editorials. Every car show around the world is featuring electric vehicles, and it seems that they could become the next big thing in personal mobility.

Electric propulsion of automobiles has been around for over 100 years, so why are electric vehicles only now making a serious run at the buying public? One answer is that automobiles have become one of the most pervasive symbols of the fossil fuel economy that is devastating the natural environment. Cars have therefore become a regular focal point in environmental debates about "what is to be done" about green house gas emissions and climate change, issues that have now entered into mainstream consciousness.

A sense of urgency exists that action needs be taken by individuals, institutions and corporations in order to curb emissions. This has created a system where material objects are either perceived as friendly to the environment or damaging. The automobile industry is racing to capitalize on this notion with electric cars leading the way as the number one "green" solution.
In the United States, the confidence in electric cars shown by the traditional auto manufacturers is driven in part by President Barack Obama's plan to help build the clean energy economy, which is seen by the administration as a key to the country's competitiveness in the 21st century. The U.S. government has already invested US$5 billion to stimulate an industry and market for electric cars.

Ottawa, on the other hand, has yet to earmark significant funds to this industry, thereby leaving the country in a chicken-and-egg situation: without the government funds to foster an electric car industry and stimulate a market plus help develop the infrastructure to serve it [e.g. charging infrastructure], electric vehicles may not emerge as a viable option. In the event that electric cars come into general use, Canada's well-established automotive sector -- a major employer -- could be adversely impacted if not properly prepared. More action by the Federal government to support this sector will be needed, or Canada could be left behind other auto-producing centres.

But should Canadian tax money be used to stimulate a burgeoning electric car industry, or would government funds be more successful in reducing emissions if they went to developing more accessible public transportation or to encourage people to simply walk more often or create more and safer bicycle lanes? One way of approaching this question is to look at what kind of effect electric cars could have on reducing carbon emissions.

At first glance, zero emissions cars look like real solutions to stopping growing carbon emissions in a society and culture that is obsessed with cars as a prime form of transport. In reality, however, the answer is much more complex and depends on whether one explores the collective versus the individual benefits of this technology, or, in other words, what overall impact the modest adoption of electric vehicles will have on cutting tail pipe emissions.
Advertising

For example, if 500,000 -- or 2.6 per cent of the roughly 19 million diesel and gasoline powered light vehicles in Canada -- had been substituted with zero tail pipe emissions battery electric vehicles (like the Nissan Leaf), Canada's overall green house gas emissions for 2008 would have only been reduced by 0.14 per cent. This is a relatively insignificant reduction in overall green house gas emissions from tailpipes.

However, one individual electric vehicle powered with electricity from a renewable source represents an 80 per cent reduction in green house gas emissions when compared to a gasoline or diesel powered automobile.

While proponents of the electric car will use the notion of a reduced individual carbon footprint represented in the higher figure to entice consumers to purchase these vehicles, the reality is that collectively, significant reductions in emissions from tailpipes will not be realized unless every car in Canada miraculously turned into a Nissan Leaf overnight.

Also, depending on where you charge you electric vehicle, pollution could simply move upstream from the tailpipe to the coal-fired power generator. Another factor is that large amounts of lithium will be needed to power electric motors representing a horizontal shift in reliance from one extractive industry, oil, to another -- lithium. And simply "greening" the automobile will do nothing to curb the destruction caused by roads, parking lots and traffic congestion.

Alone they are not a real solution, but viewed as part of a transition strategy, the electric car could play a pivotal role in weaning society off of its reliance on fossil fuels. With an injection of public funds, Canada is well positioned to emerge as a significant supplier of electric vehicles to the North American market. However, given the contradictions highlighted above, the hope would be that these products are only seen as interim step in a widespread shift away from individual mobility to more collective and sustainable forms of transportation.

Clearly, Canadians are not going to give up driving cars anytime soon, so some kind of greening process needs to take place. Electric cars are not a silver-bullet solution to the negative impact of traditional gas or diesel powered vehicles, but could play an important role in a broader societal shift towards truly sustainable mobility solutions, such as public transportation, bicycling, walking and better forms of urbanization.


Richard Girard is the research and communications Co-ordinator at the Polaris Institute, where he has worked since 2003. His research has focused on exposing corporate influence on public policy, primarily on water and energy issues in Canada and internationally.