The World According to Monsanto 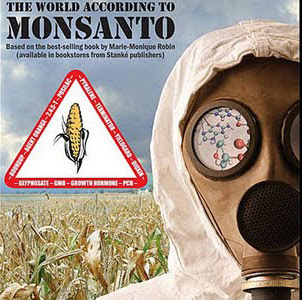 There’s nothing they are leaving untouched: the mustard, the okra, the bringe oil, the rice, the cauliflower. Once they have established the norm: that seed can be owned as their property, royalties can be collected. We will depend on them for every seed we grow of every crop we grow. If they control seed, they control food, they know it – it’s strategic. It’s more powerful than bombs. It’s more powerful than guns. This is the best way to control the populations of the world. The story starts in the White House, where Monsanto often got its way by exerting disproportionate influence over policymakers via the “revolving door”.

One example is Michael Taylor, who worked for Monsanto as an attorney before being appointed as deputy commissioner of the US Food and Drug Administration (FDA) in 1991. While at the FDA, the authority that deals with all US food approvals, Taylor made crucial decisions that led to the approval of GE foods and crops. Then he returned to Monsanto, becoming the company’s vice president for public policy.

Thanks to these intimate links between Monsanto and government agencies, the US adopted GE foods and crops without proper testing, without consumer labeling and in spite of serious questions hanging over their safety. Not coincidentally, Monsanto supplies 90 percent of the GE seeds used by the US market. Monsanto’s long arm stretched so far that, in the early nineties, the US Food and Drugs Agency even ignored warnings of their own scientists, who were cautioning that GE crops could cause negative health effects. Other tactics the company uses to stifle concerns about their products include misleading advertising, bribery and concealing scientific evidence.

Email ThisBlogThis!Share to TwitterShare to FacebookShare to Pinterest
Labels: Biodiversity