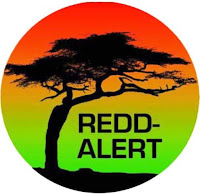 FORGET ANY spin. In the end, the recent UN gathering on climate change in Cancún repeated Copenhagen’s failure in 2009. Again, the world’s industrial economies refused to set new binding reductions in greenhouse gas emissions, despite dire warnings by scientists. Instead, delegates again vaguely promised money for climate adaptation and mitigation: this time $30 billion to the developing world by 2012, and $100 billion more by 2020.

Once more, the industrialized countries appear to have pledged much of this money in a salvage measure dubbed “REDD’’ — Reduced Emissions from Deforestation and Forest Degradation in Developing Countries.

Established by wealthy nations, venture capitalists, the World Bank, and the United Nations, REDD would pay for the carbon absorbed in developing countries, to compensate for pollution caused by industrialized countries.

The initiative would allow polluters to buy carbon credits from companies, communities, non-government organizations, or countries that promise not to destroy forests for a specific period. To polluters, setting aside money for carbon absorption in a REDD forest is far less costly than reducing emissions at tailpipes or smokestacks.

But even if it works — itself a point of contention — this carbon-offsetting simply postpones any weaning off the fossil-fuel economy.

Perhaps the people least impressed by this half-measure are the ones who most urgently need a solution to climate disruption. From the Amazon basin to the African savannahs, traditional indigenous peoples depend directly on their local environment for sustenance, and so they are the most vulnerable to climate change. At Cancún, indigenous leaders again watched as REDD technocrats tried to “save’’ their territorial forests as global carbon sinks, instead of cutting their own countries’ emissions.

REDD can target the tropical forests exactly because indigenous communities have carefully preserved them for many thousands of years. But the initiative seems to have little use for the forest inhabitants themselves. The UN climate talks relegate indigenous peoples to “observer’’ status. At least eight national REDD plans funded by the World Bank would allow bans on the kind of small-scale, biodiverse farming that is practiced by many indigenous peoples and is misnamed “slash and burn.’’ At the same time, at least 19 of the plans explicitly contain provisions for tree plantations, which displace forest dwellers, degrade biodiversity, and cause high fire risk. Plantations are tolerated under the United Nations’ definition of forests. They satisfy carbon investors who like precise measurement and predictability — not messy, biodiverse forest habitat.

This mentality inspires what critics call “fortress conservation’’: non-government organizations and national authorities cordon off land to protect species and institute carbon-offset projects, driving out of their forests the indigenous stewards, who become “conservation refugees.’’ John Nelson, Africa policy adviser for the Forest Peoples Program, estimates that some 150,000 to 200,000 people in the Congo basin alone have suffered this fate.

“Imagine waking up one day,’’ he says, “to find a boundary outside your village — with armed paramilitary guards telling you that you cannot enter the forest.’’ If people cannot go there, they cannot teach their children how to live in the traditional ways, and these ways, with all they might have to teach the larger world about storing carbon and repairing forest ecosystems, will be lost. “Mitigation policies of the developed world,’’ Ramiro Batzin, a Keqchikel Maya from Guatemala, recently told the World Bank, “will kill us before climate change does!’’

Despite their long residence in the forests, many indigenous peoples have fought for decades to establish legal title to the land. But nothing at Cancún required REDD programs to establish or secure those rights, or to obtain genuine consent for projects in indigenous communities.

This neglect, and the fortress conservation it allows, is not only an injustice but also a missed opportunity. Studies have shown that traditional land management, when title is secured, sinks carbon far more effectively and cheaply than conventional efforts favored by REDD.

The Emberá of Panama, like the Ogiek of Kenya, have been the stewards of the land for millennia. But at best REDD would promise them compensation — and a dubious dependence on a cash economy, which tends to erode traditional culture. Especially in an age of climate chaos, the erosion of such stewardship is unacceptable. And in any case, nobody should mistake the initiative for a real solution to a changing climate. That remains what it was in Kyoto, and what it will be later this year in Durban: cut greenhouse gas emissions.

Dennis Martinez, a Native American forest-restoration specialist, is on the steering committee of the Indigenous Peoples’ Biocultural Climate Change Assessment Initiative. Laird Townsend of the non-profit media organization Project Word, a project of the Tides Center, contributed to this article.
Posted by Next Year Country