The media have dropped climate change, with its tricky science. But cast in economic terms, it could recapture public interest
Jules Boykoff
guardian.co.uk
30 January 2011 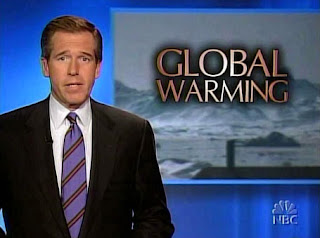 Here's a climate conundrum: while scientists declared 2010 to be the hottest year on record, media mavens have been afire with the fact that US media coverage of climate change dropped precipitously, or as the popular Daily Climate blog put it, "fell off the map". 2010 was a scorcher of historic proportions, so proclaimed Nasa's Goddard Institute for Space Studies, the National Oceanic and Atmospheric Administration and the World Meteorological Organisation, but the quantity of media coverage on this pivotal issue plunged to pre-Inconvenient Truth levels.

As a revealing snapshot, 5,000 journalists attended the recent North American International Auto Show in Detroit, whereas only 2,000 accredited journalists attended last month's COP 16 climate-change summit in Cancún. But beyond the number of gumshoe journalists patrolling the climate change beat, the plummet in coverage also came about because global warming is no longer perceived as novel and dramatic. Climate change is a slow-burning tick-tocker of an issue marked by incrementalism, slathered in arcane science, and often lacking whipsaw political theatre. The "hottest-year-on-record" media morsel hasn't held its fresh taste.

In the month straddling the UN meetings in Cancún, US media heavy-hitters – the New York Times, USA Today, the Wall Street Journal, the Washington Post, ABC, CBS, Fox, MSNBC and NBC – offered in aggregate less than 200 stories that tackled climate change in a minimally substantive way. Incidentally, another media world is possible: the Guardian, in fact, ran more stories mentioning climate change or global warming than all these US media outlets combined.

Like other long-term, seemingly intransigent issues, climate change has lost its media mojo. But there is a way to rekindle its sex appeal: economics. Thomas Carlyle may have dubbed economics "the dismal science", but economic issues work the US public into a tizzy, routinely topping the list of concerns in "most important problem" public opinion polls. Environmental journalists could leverage this public opinion fact to help jolt us out of our climate slumber and bring the issue into focus in a way that makes clear how climate disruption will affect all of us.

So far, journalists have done nothing of the sort. In the month surrounding the Cancún conference, the US media outlets mentioned above turned to economists as news sources in a measly two articles. That's right, only the comments of Robert Stavins of Harvard University and David W Kruetzer of the conservative Heritage Foundation wedged their way into the media discussion of climate change. That translated to less than 1% of all sources. Clearly, journalists could do better.

Since its release in 2006, the Stern review on the economics of climate change has forced economists, environmentalists and political wonks of all stripes to acknowledge the impacts climate disruption could inflict on the global economy. In the US, for a long time, the gold standard for modelling the economics of climate change has been William Nordhaus's behemoth Dice model. To his credit, Nordhaus opened his books to other economists for inspection, which led to a slew of principled criticism that he was understating the intensity of economic impacts. Turns out, assumptions are where economists hide the good stuff, or at least, where they quietly cram uncertainty.

Reframing climate change as an burning economic issue could help journalists breathe life into the most important – and complex – issue of our time. Without getting mired in the morass of elaborate mathematical equations and the arcane economics-speak of "discount rates", journalists could turn to independent environmental economists for honest assessments of how climate change will affect the global economy. For instance, Economics for Equity and the Environment Network, or E3 – a wide-ranging coalition of academic economists – has a strong track record of translating the mind-numbing humdrumism of economics into lively, comprehensible analysis in everyday language. The Real Climate Economics website stockpiles over 100 up-to-date, peer-reviewed economics articles that support the aggressive emissions reductions scientists recommend.

Aside from the beyond-the-pale advocacy journalists at Fox News network – who are under explicit instructions from their superiors to inject climate change scepticism into their reporting – environmental journalists understand the gravity of climate disruption. And there has been significant improvement in the quality of coverage, with the US media casting aside their "balance as bias" approach, which, for years, meant putting pseudo-scientists and their benefactors on equal footing with independent climate scientists and their peer-reviewed research.

The downturn in the quantity of climate change media coverage is no small matter, since it affects public perceptions about the seriousness of climate change: if an issue does not remain on the public's mental fingertips, concern dwindles and urgency becomes overkill. Plus, it allows our elected leaders to squirm off the political hotseat. But as the world burns, quality matters, too, and journalists have – right there, in front of them – a short-term solution to the quandary of covering climate change: economists who can lend climate disruption the gravitas and drama it deserves.
Posted by Next Year Country