It's time to talk of climate change

What kind of world are we going to leave for the next generation?
By Ellen Sandell
TheAge.com.au
January 14, 2011 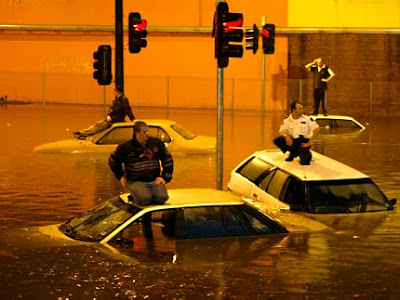 IN APRIL 2009 the Los Angeles Times ran the headline: "What will global warming look like? Scientists point to Australia". The article said events unfolding in Australia - record-breaking droughts, killer bushfires and devastating floods - gave a snapshot of our future in a globally warmed world. Nearly two years on, it seems very little has changed.

The floods that have led to most of Queensland being declared a disaster zone are a disturbing reminder that living in one of the richest countries in the world does not shield us from the devastation of natural disasters.

Advertisement: Story continues below The footage of death and destruction we are seeing on our TV screens is gut-wrenching. Most dinner table conversations in Australia this week will undoubtedly focus on these floods and their horrific consequences. But while we are talking about the immense loss and what we can do to help, there is another conversation that we should be having: the conversation about climate change.

When we talk about climate change, we mostly talk about complicated economic policy, markets and reports. But we need to start talking about what climate change actually looks like - and we don't need to look much further than Queensland. 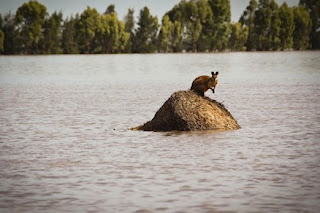 The La Nina phenomenon, the major cause of the increased rain in south-east Queensland, gets stronger as sea surface temperatures increase. Warmer air also holds more water than colder air, and this water eventually has to come down somewhere. Hence increased rain and floods.

Scientists such as Professor Vicky Pope, head of climate change advice at Britain's Met Office, and Dr Kevin Trenberth from the US National Centre for Atmospheric Research have pointed to the evidence showing a warmer world is a wetter world, due to increased water vapour and energy in the atmosphere leading to more frequent and intense storms.

In The Age this week, Professor David Karoly from Melbourne University's school of earth sciences was quoted as saying that the wild weather extremes were in keeping with scientists' forecasts of more flooding and more droughts as a result of high temperatures and more evaporation.

This is not confined to Australia. Insurance agency Munich Re showed climate change was linked to 21,000 deaths in the first nine months of 2010 - double the number of deaths caused by extreme weather in 2009. 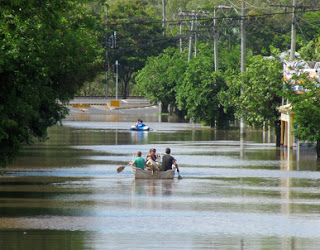 Last year was the warmest since measuring began, and the previous decade was also the warmest decade on record. There is also evidence to suggest that climate change is responsible for the extreme cold winters across Europe and the US in the past two years.

When I talk about the frustratingly slow pace of climate action in this country, people often tell me that it is going to take a disaster to snap us out of our inertia.

Many people believe that once we really feel the effects of climate change personally, the population will spring to action.

Sure, we've seen terrible floods in Pakistan and we know about the plight of low-lying Pacific islands, but it's going to need to hit us at home before we wake up. If this is true, then these floods should be a deafening wake-up call.

As a young person who will inherit the world being created now, I want us to start talking about what needs to happen to prevent this kind of tragedy from occurring again and again. I don't want to live in the kind of world we are previewing right now.

We need fundamental change, and it starts with a price on pollution that rids our economy of polluting energy and creates clean energy instead. 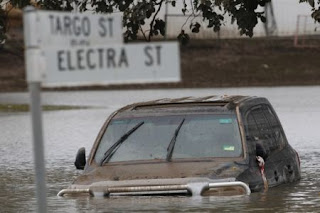 It starts with increased funding for healthy, renewable energy.

It starts with a serious commitment from all political parties to do what is right and significantly reduce Australia's greenhouse gas emissions.

I hope some good can come out of this tragedy, and that we use it to have the conversation about what we are going to do this year to make these solutions a reality.
Ellen Sandell is national director of the Australian Youth Climate Coalition and joint Banskia young environmentalist of the year in 2009.