From Henry Ford to Rob Ford: Auto-destruction and possibilities of a car-free future

Dr. J
Your Hearts on the Left 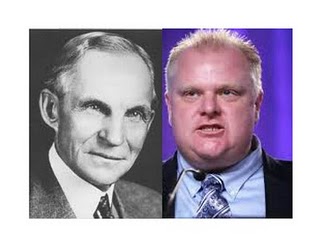 From car assembly-line pioneer Henry Ford, to Toronto's new pro-car mayor Rob Ford, we are living in an auto-dependent and auto-destructive society that is harming our health and our environment. But a healthy and green, car-free world is still possible.

During every hospital shift I see people who have been directly injured by cars—from whiplash and bruising, to broken bones, to fatalities. Car crashes are so common as to be simply part of the daily hospital routine. Listening to the radio traffic report outside the hospital is no better: collisions are presented as daily nuisances to be avoided, their human toll hidden.

But the patients and traffic reports add up. According to the World Health Organization cars kill more than 1 million people a year, injure 50 million, and are predicted to become the third largest contributor to the global burden of disease by 2020. This costs countries up to 4% of their GNP, with a global total of more than half a trillion dollars a year.

Even without collisions, car production contributes to the cancer epidemic (as the Canadian Auto Workers’ Prevent Cancer Campaign puts it, “the auto industry is producing laryngeal, stomach and colorectal cancers along with its cars”) while car use contributes to air pollution that leads to respiratory and cardiac conditions (which by some estimates kill more people than crashes do). Car dependency is also harming the planet—with roads that pave over arable land and undermine animal migration, emission gases that lead to global warming, a requirement for oil that leads to inevitable oil spills like in the Gulf of Mexico, and animal deaths dismissed as "road kill".

Why are we so dependent on a mode of transporation that is so harmful to people and the planet? 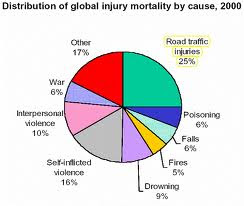 The name of Henry Ford is synonymous with industrial capitalism, market efficiency, ingenuity and economic progress. How did he do it? Pioneering the assembly line in car production, Ford purged the intellectual involvement of workers in the product of their labour (brilliantly spoofed by Charlie Chaplin).

As Ford famously complained, “why is it that whenever I ask for a pair of hands, a brain comes attached?”, and he went to great lengths to make his company the last major automaker to unionize—from shooting unemployed workers on the Ford Hunger March in 1932, to beating up union organizers in the Battle of the Overpass in 1937.
During WWII, Roosevelt created a War Production Board that turned the whole economy towards war, banning civilian car production and mandating tanks, planes and munitions instead.

To maximize profit Ford also built tanks for the Nazis, with whom he identified ideologically (for a satirical history lesson, listen to folk singer Dave Rovics). As the automakers were building their fortunes through warfare abroad they were also undermining public transit at home. As Greenpeace co-founder Rex Weyler explains in his blog:

“In 1922, some 1,200 thriving urban railways operated in North America, accounting for ninety percent of urban travel. No one complained or demanded more cars and roads. However, General Motors president Alfred P. Sloan saw a “great opportunity” to replace public transportation with private cars. To achieve this, he established a “task force” to “motorize” North America…Then, in 1936, General Motors, Firestone Tires, and Standard Oil (Exxon-Mobil), formed a holding company, National City Lines, which bought urban transport systems and systematically destroyed them. They bought the Pacific Electric system that carried 110 million passengers in 56 communities. They increased fairs, cancelled routes, reduced schedules, cut salaries, allowed trains to decay, ripped up over 1800 kilometers of track, and closed the entire network. By 1956, over 100 rail systems in 45 cities had been purchased and closed.”

﻿
Fare hikes, transit decay, attacks on salaries and working conditions have continued to undermine public transit. Last summer the Toronto media launched a campaign against transit workers, focusing on a fare collector with health problems who fell asleep on the job, who recently died of a stroke. Toronto’s new mayor Rob Ford wants to provide the coup-de-grace to public transit. He promised to rip up street cars (finishing the job of National City Lines), and on his first day in office he declared that “the war on the car is over” and that the previous Transit City plan to massively expand public transit was dead. He also follows Henry Ford's obsession with undermining workers rights, blaming poor subway conditions not on underfunding but on the 13 days of strike over the past 20 years—and promising to revoke transit workers right to strike.

Rob Ford’s solution to traffic congestion is to remove the few transportation methods that are not cars by removing bicycle lanes (while blaming cyclist deaths on the cyclists themselves), while corporations are proposing hybrid cars as solutions to climate change. But As Weyler explains:

“The harvesting and mining of resources – rubber, iron, rare-earth metals for hybrid batteries, copper, plastics and so forth – plus the energy-intensive manufacturing process – comprise a massive 'embodied' energy and resource demand. Some 20-40% of energy an automobile uses in its lifetime is 'embodied energy' consumed before it is purchased. None of this is solved by building hybrid cars.”
Meanwhile, most public health solutions propose harm reduction strategies—seat belt, don’t drink and drive, reduce speed—that take the car society as a given, while financial disincentives like tolls or taxes simply punish those with less money who are forced by circumstance to depend on cars.

A CAR FREE WORLD IS POSSIBLE 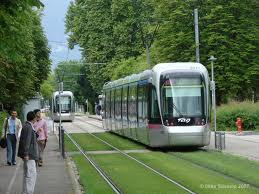 “City travel accounts for almost 90% CO2 from cars. The solution to car emissions is to ban cars in cities and provide first rate public transport—buses, trains, underground railways, trams, and bicycles. This would not mean sacrifice. Public transport without cars would not be less, it would be different. And that difference would be better…The buses and trains will have enough room on a quarter of the streets. On the other three quarters of streets there will be no vehicles at all. Children will be protected, and have far more space to play. With parked cars removed the streets will be twice as wide. Trees, bushes, grass and flowers could turn the old streets into countryside. Cycling would also be safer and easier. Some side streets could provide cycle lanes, where children and adults could ride freely and safely, to the benefit of their health. Disabled people and the frail elderly, who are now excluded by most public transport, could have access to those lanes in small electric vehicles”

The massive expansion of green jobs required to build such a transit system would help get us out of both the economic and ecologic crises. The first step towards this in Toronto is defending the existing public transit system--including the brains and hands that make it work, whose right to strike Rob Ford threatens to take away--while implementing the Transit City expansion. And if federal governments can spend billions bailing out companies, why not turn them towards good green jobs for mass transit? As Michael Moore (who's uncle was part of the famous sit-down strikes at GM) said on the eve of the multi-billion dollar auto bailout:

“I would encourage Congress to do what Franklin Roosevelt did at the beginning of World War Two, where he just said to the Big Three, ‘you’re not building cars anymore because we’ve got a crisis, you’ve got to build tanks and planes’. This new President and this new Congress has got to say to the Big Three, ‘I’m sorry, but this car thing isn’t working out, we’re running out of oil. So you need to build hybrids, electrics, and we need mass transportation, so we you’ve gotta build trains and subways and lightrail."

In Canada, 900 steelworkers have been locked out by US Steel, which is trying to scrap their pensions. With the billions required to extend the war in Afghaninstan, the Canadian government could nationalize US Steel to cover the hard-earned pensions, and turn steel production towards windmills for energy, and electric trains for transportation. A healthy and green world is possible, but to paraphrase Oscar Wilde, either the car goes or we do.
Posted by Next Year Country