Climate Change Will Continue to Year 3000 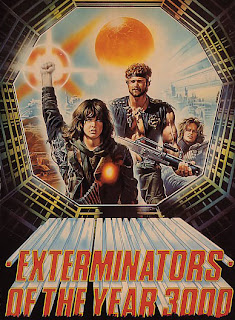 According to new research published in the latest edition of the journal Nature Geoscience the current impact of CO2 on the atmosphere will have lasting effects for the next thousand years, in the best case scenario.
Within the proposed thousand years, the computer simulations created saw climate change patterns reversing in places such as Canada, desertification in North Africa as the land dries out by up to 30 percent, and ocean warming by up to 5°C in the Southern Ocean around Antarctica is likely to cause the collapse of the West Antarctic ice sheet and cause a sea level rise of at least four metres.

This is the first climate model to predict so far into the future, and is based on best case zero-emissions – cutting carbon emissions to zero – scenarios created by a teamp of researchers from the Canadian Centre for Climate Modelling and Analysis (an Environment Canada research lab at the University of Victoria) and the University of Calgary.

“We created ‘what if’ scenarios,” says Dr. Shawn Marshall, co-author of the paper, Canada Research Chair in Climate Change and University of Calgary geography professor. “What if we completely stopped using fossil fuels and put no more CO2 in the atmosphere? How long would it then take to reverse current climate change trends and will things first become worse?”

The research team at the University of Calgary created zero-emission scenarios beginning in 2010 and in 2100.

One of the possible explanations for the variability between the Northern Hemisphere and the Southern is the slow movement of the ocean water from the North Atlantic into the South Atlantic.

“The global ocean and parts of the Southern Hemisphere have much more inertia, such that change occurs more slowly,” says Marshall. “The inertia in intermediate and deep ocean currents driving into the Southern Atlantic means those oceans are only now beginning to warm as a result of CO2 emissions from the last century. The simulation showed that warming will continue rather than stop or reverse on the 1,000-year time scale.”

Southern Hemisphere wind currents may also play a role in the variability. Marshall says that winds in the global south tend to strengthen and stay strong without reversing. “This increases the mixing in the ocean, bringing more heat from the atmosphere down and warming the ocean.”
Posted by Next Year Country