Marxism and the natural world

A century before the release of Rachel Carson’s Silent Spring, Marx and Engels were two of the harshest critics of capitalism’s destruction of the environment – yet little is known of their legacy. Many who see themselves as socialists today feel the need to don the label “eco-socialist”, implying that the environment is an issue ignored by Marx and needs to be added on.

The truth is that many of Marx’s writings contain a strong environmental critique; his understanding of humans’ relationship to nature was a core feature of his analysis. Marx’s starting point was seeing that humans, like all living things, have a dialectical relationship to the earth. We come from and are affected by the natural environment, and in turn we impact on and shape the environment around us.

All human societies – from Koori societies, to the Mayans, to the Roman Empire, to modern capitalism – have had to interact with the natural world in order to survive. As humans lack many physical attributes that other animals have, such as pointy teeth, claws or wings, it is our brains, hands and our ability to collectively work with other humans that gives us the means to our survival.

One of the other major differences between humans and other animals is consciousness. As Marx explains:

We pre-suppose labour in a form that stamps it as exclusively human. A spider conducts operations that resemble those of a weaver, and a bee puts to shame many an architect in the construction of her cells. But what distinguishes the worst architect from the best of bees is this, that the architect raises his structure in imagination before he erects it in reality. 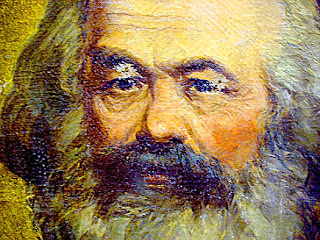 Marx stressed the importance of seeing human labour as the source of value. Yet he never removed the natural environment from this equation and polemicised against those who tried to. In his Critique of the Gotha Programme he wrote that, “Nature is just as much the source of use values as labour, which itself is only the manifestation of a force of nature, human labour power”. And in The German Ideology Marx attacked his former mentor Bruno Bauer for discussing “‘the antitheses in nature and history’, as though they were two separate things”.

It is a core human attribute that to survive we must collectively work with and modify the natural world within definable limits. Marx described this natural interaction between humans and the environment as a metabolism, and saw class societies and, in particular, capitalism, as having created a rift in this metabolism.

In Britain and Ireland, one of the most pressing environmental issues of the mid-19th century, when Marx was writing, was the depletion of nutrients from the soil, affecting the ability to grow crops. Taking a keen interest in this, he studied the work of Justus von Liebig, a prominent soil chemist of the time. Liebig made many essential contributions to the field of organic chemistry; but his damning critique of the overuse of fertilisers was always removed from the English translations of his work. 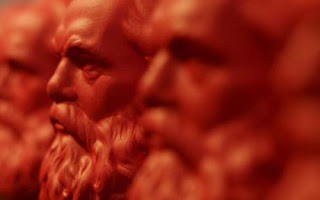 While writing Capital, Marx wrote to his collaborator Engels, “I had to plough through the new agricultural chemistry in Germany, in particular Liebig and Schöbein, which is more important for this matter than all the economists put together.” As a result of the long distance transport of food, key soil nutrients, such as potassium, nitrogen and phosphorous, were being transported too. Instead of returning these nutrients back to the soil, human excrement was regularly dumped into the River Thames, thus creating even more environmental impact.

Soil fertility was restored via fertilisation from the robbing of human bones from key battlegrounds like Waterloo and Crimea, and through various wars fought literally over the bird shit in the Guano Islands. Later this led to the development and use of modern synthetic fertilisers whose overuse is now creating even more problems and raising the spectre of reaching peak phosphorous. This was and continues to be a prime example of the rift created in the natural interaction Marx saw between humans and the environment.

Marx and Engels also wrote about the depletion of coal and iron ore reserves, recycling, the “devastating effects” of deforestation, pollution, desertification, industrial wastes, and even climate change as they speculated about deforestation resulting in higher local temperatures.

It is almost unknown today that many figures in the late 19th and early 20th century drew on the environmental work of Marx and Engels. In The Agrarian Question, written in 1899, the German socialist Karl Kautskyreferred to the dangers of the intensive application of pesticides. In 1901 Lenin wrote of the danger of “substituting artificial for natural manures” and “the irrationality of wasting natural fertilisers and thereby polluting the rivers and the air in suburban and factory districts”. 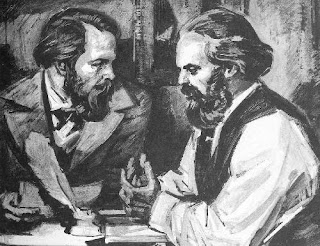 In 1926, the Russian Marxist Vladimir Vernadsky developed the environmental concept of the biosphere, which was to have an important impact on Rachel Carson’s concept of ecology in her famous 1962 work Silent Spring. Arthur Tansley, a Fabian socialist who followed in the materialist footsteps of Marx, developed the ecosystem concept and is still regarded today as the father of modern ecology.

The defeat of the Russian revolution by the late 1920s, and the political ascendency of Stalinism, dealt a massive blow to this current of thought. By the 1930s, conservationists within Russia were deemed “bourgeois”, and the Western left, dominated by Stalinist politics for decades, largely ignored environmental concerns. It has only been in the past 20 years that the genuine Marxist tradition and Marx’s expansive ecological writings have been unearthed by authors such as Paul Burkett and John Bellamy Foster.

Marx’s understanding of humans’ relationship to nature and the metabolic rift present in class societies is now more relevant than ever. With the threat of runaway climate change today, it is a commonly held idea to simply blame technology or to romanticise pre-capitalist societies with calls to “go back to nature”.

Capitalist society has indeed been the most destructive to our world, but this is not the first time human societies have experienced environmental disaster. In southern Mesopotamia around 2000 BC, over-irrigation and poor drainage saw a rise in the water table and dangerous quantities of salt rising to the topsoil. This caused a disastrous impact on food production, leading to the collapse of the Sumerian civilization. 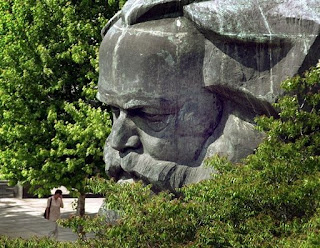 A contributing factor in the decline of the Roman Empire was the desertification of the grain-growing regions of North Africa due to deforestation and overgrazing. This caused soil erosion so great that this land has still not fully recovered. Evidence of significantly reduced nutrition indicates that the Mayans suffered a similar environmental fate around 800 AD.

The common thread running through these and many other examples is they were all class societies geared towards enriching a small layer of individuals at the top, whatever the cost to the land. Scientific ignorance no doubt played a role, but today we have vast scientific knowledge and yet the same story playing out. Capitalism has seen the expansion of this same logic on a global scale. This logic sees environmental destruction occurring for the blind pursuit of profit by the capitalist class.

What we need is the creation of a society in which the needs of humanity and the natural world are put first. Rather than attempting to dominate or control nature, we have to work with it. As Engels explained in his Dialectics of Nature:

At every step we are reminded that we by no means rule over nature like a conqueror over a foreign people, like someone standing outside nature – but that we, with flesh, blood and brain, belong to nature, and exist in its midst, and that all our mastery of it consists in the fact that we have the advantage over all other creatures of being able to learn its laws and apply them correctly.

The rift that exists between current human societies and nature needs to be repaired by returning to the land what we take from it. A sustainable world can only be built by using our knowledge of the laws of nature, the vast technology we have created to harness sustainable energy, and removing the parasites at the top of our society who benefit from the destruction of the planet.

The genuine Marxist tradition is full of environmental insights and provides the best framework for understanding how human class societies have severed their relationship to nature, and how it will be restored through the abolition of class divisions.

As Marx wrote in the third volume of Capital, envisaging a future socialist world:

From the standpoint of a higher economic form of society, the private property of the earth by single individuals will appear quite as absurd as private ownership of one man by another. Even a whole society, a nation, or even all simultaneously existing societies taken together, are not the owners of the earth. They are only its possessors, its beneficiaries, and, like boni patres familias [good heads of the household], they must hand it down to succeeding generations in an improved condition.
Posted by Next Year Country