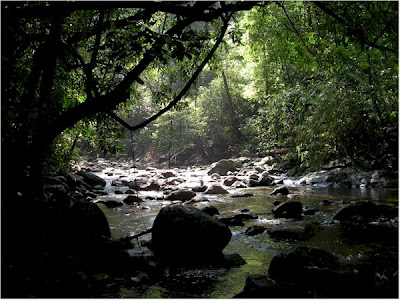 Friends of the Earth (FoE) has just issued a report (PDF) showing case studies that show how REDD schemes, generating carbon credits from forest preservation, is merely a way for big polluters to evade their emissions reductions obligations, while profiteering from carbon trading. The report states that:

Although REDD may benefit some communities and biodiversity in certain specific areas, overall it is emerging as a mechanism that has the potential to exacerbate inequality, reaping huge rewards for corporate and other large investors whilst bringing considerably fewer benefits -or even serious disadvantages- to Indigenous Peoples and other forest-dependent communities. In addition, if
governments focus on REDD in isolation, it could become a dangerous and ineffective distraction from the business of implementing real and effective policies for climate change mitigation and adaptation.

FoE is, unfortunately, the only big international NGO that opposes carbon trading, having issued a press report to call on governments to reject carbon markets (Climate Justice Now!). Nnimo Bassey, its president, also wrote a great article on what’s wrong with the idea of allowing polluters to trade emissions rights (FoE).

Greenpeace is more enthusiastic about REDD but still it has been quite critical of its developments. In another recent report (link) it denounces how palm oil, paper and pulp industries, the main drivers of deforestation, are set to profit from a REDD deal between Norway and Indonesia. The deal is going to be presented at Cancun as an example of how REDD could work to encourage forest protection but its assertions hardly conform to reality. This is because industrial groups, supported by the government, are in fact using REDD payments to destroy the forests. 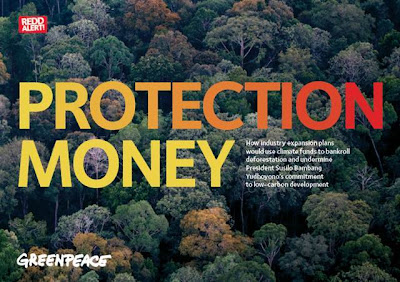 The scam is quite simple. The Indonesian government categorizes a large part of its territory as “degraded land”, allowing the industry to tear down the forests existing in those lands. Then, the industry plants huge monocultures of palm or eucalyptus and receives money from REDD projects for “restoring” forests.

Yes, this is the brave new world of carbon trading, to use the now famous expression from Clive Spash (link).
Posted by Next Year Country