The Values of Everything

Progressive causes are failing: here’s how they could be turned around

By George Monbiot
Published in the Guardian
12th October 2010 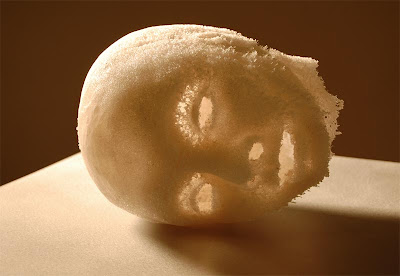 So here we are, forming an orderly queue at the slaughterhouse gate. The punishment of the poor for the errors of the rich, the abandonment of universalism, the dismantling of the shelter the state provides: apart from a few small protests, none of this has yet brought us out fighting.

The acceptance of policies which counteract our interests is the pervasive mystery of the 21st Century. In the United States, blue-collar workers angrily demand that they be left without healthcare, and insist that millionaires should pay less tax. In the UK we appear ready to abandon the social progress for which our ancestors risked their lives with barely a mutter of protest. What has happened to us?

The answer, I think, is provided by the most interesting report I have read this year. Common Cause, written by Tom Crompton of the environment group WWF, examines a series of fascinating recent advances in the field of psychology(1). It offers, I believe, a remedy to the blight which now afflicts every good cause from welfare to climate change.

Progressives, he shows, have been suckers for a myth of human cognition he labels the Enlightenment model. This holds that people make rational decisions by assessing facts. All that has to be done to persuade people is to lay out the data: they will then use it to decide which options best support their interests and desires.

A host of psychological experiments demonstrates that it doesn’t work like this. Instead of performing a rational cost-benefit analysis, we accept information which confirms our identity and values, and reject information that conflicts with them. We mould our thinking around our social identity, protecting it from serious challenge. Confronting people with inconvenient facts is likely only to harden their resistance to change.

Few people are all-extrinsic or all-intrinsic. Our social identity is formed by a mixture of values. But psychological tests in nearly 70 countries show that values cluster together in remarkably consistent patterns. Those who strongly value financial success, for example, have less empathy, stronger manipulative tendencies, a stronger attraction to hierarchy and inequality, stronger prejudices towards strangers and less concern about human rights and the environment. Those who have a strong sense of self-acceptance have more empathy and a greater concern about human rights, social justice and the environment. These values suppress each other: the stronger someone’s extrinsic aspirations, the weaker his or her intrinsic goals.

We are not born with our values. They are shaped by the social environment. By changing our perception of what is normal and acceptable, politics alters our minds as much as our circumstances. Free, universal health provision, for example, tends to reinforce intrinsic values. Shutting the poor out of healthcare normalises inequality, reinforcing extrinsic values. The sharp rightward shift which began with Margaret Thatcher and persisted under Blair and Brown, all of whose governments emphasised the virtues of competition, the market and financial success, has changed our values. The British Social Attitudes survey, for example, shows a sharp fall over this period in public support for policies which redistribute wealth and opportunity(2).

This shift has been reinforced by advertising and the media. The media’s fascination with power politics, its rich lists, its catalogues of the 100 most powerful, influential, intelligent or beautiful people, its obsessive promotion of celebrity, fashion, fast cars, expensive holidays: all these inculcate extrinsic values. By generating feelings of insecurity and inadequacy - which means reducing self-acceptance - they also suppress intrinsic goals.

Advertisers, who employ large numbers of psychologists, are well aware of this. Crompton quotes Guy Murphy, global planning director for the marketing company JWT. Marketers, Murphy says, “should see themselves as trying to manipulate culture; being social engineers, not brand managers; manipulating cultural forces, not brand impressions”(3). The more they foster extrinsic values, the easier it is to sell their products.

Rightwing politicians have also, instinctively, understood the importance of values in changing the political map. Margaret Thatcher famously remarked that “economics are the method; the object is to change the heart and soul.”(4) Conservatives in the United States generally avoid debating facts and figures. Instead they frame issues in ways that both appeal to and reinforce extrinsic values. Every year, through mechanisms that are rarely visible and seldom discussed, the space in which progressive ideas can flourish shrinks a little more. The progressive response to this trend has been disastrous.

Instead of confronting the shift in values, we have sought to adapt to it. Once-progressive political parties have tried to appease altered public attitudes: think of all those New Labour appeals to Middle England, which was often just a code for self-interest. In doing so they endorse and legitimise extrinsic values. Many greens and social justice campaigners have also tried to reach people by appealing to self-interest: explaining how, for example, relieving poverty in the developing world will build a market for British products, or suggesting that, by buying a hybrid car, you can impress your friends and enhance your social status. This tactic also strengthens extrinsic values, making future campaigns even less likely to succeed. Green consumerism has been a catastrophic mistake.

Common Cause proposes a simple remedy: that we stop seeking to bury our values and instead explain and champion them. Progressive campaigners, it suggests, should help to foster an understanding of the psychology which informs political change and show how it has been manipulated. They should also come together to challenge forces – particularly the advertising industry – which make us insecure and selfish.

Ed Miliband appears to understands this need. He told the Labour conference that he “wants to change our society so that it values community and family, not just work” and “wants to change our foreign policy so that it’s always based on values, not just alliances … We must shed old thinking and stand up for those who believe there is more to life than the bottom line.”(5) But there’s a paradox here, which means that we cannot rely on politicians to drive these changes. Those who succeed in politics are, by definition, people who prioritise extrinsic values. Their ambition must supplant peace of mind, family life, friendship - even brotherly love.

3. Guy Murphy, 2005. Influencing the size of your market. Institute of Practitioners in Advertising. Cited by Tom Crompton, above.

4. Margaret Thatcher, 3rd May 198. Interview with The Sunday Times. Cited by Tom Crompton, above.

5. http://www.guardian.co.uk/politics/2010/sep/28/ed-miliband-labour-conference-speech
Posted by Next Year Country